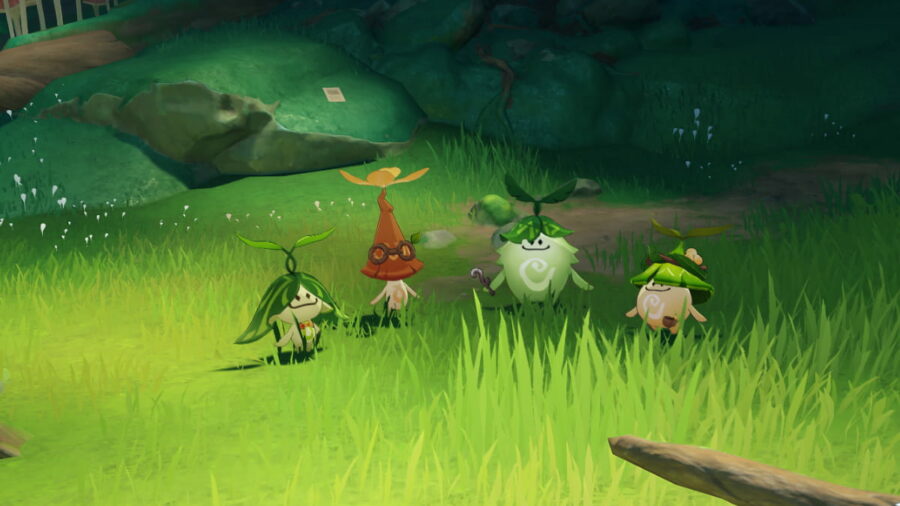 A Prayer for Rain on the Fecund Land is the final part of the Varuna Gatha questline, which involves helping Aranara friends Arapandu, Arabalika, Aranakula, and Arakunti heal the Varuna Contraption to save the waterways of Apam Woods.

Once all three are done, you'll automatically unlock A Prayer for Rain on the Fecund Land, which starts at the rest point in Apam Woods.

Follow the quest marker to the front of the Varunastra, the giant blue tree structure in Apam Woods. After the dialogue with the four Aranara, a cutscene will play, revealing an entrance that leads underground. Jump into the entrance (be careful of fall damage!) and follow the path leading to the highlighted area in the mini-map.

You'll find a hidden Teleport Waypoint along the way. Make sure to unlock it to make it easier to return to this area in the future! Once that's done, head to the nearby clearing and interact with the spores at the center to clear them.

Once the Fungus is gone, interact with Arapandu to complete the World Quest. You will learn the Rhythm of the Source Water and unlock the Wonders of the World Achievement called The Rain Seeps Into the Soil.

Check out our guide on How to find the hidden song in the Genshin Impact The Rhythm that Leads to a Gloomy Path World Quest to learn another Aranara song.