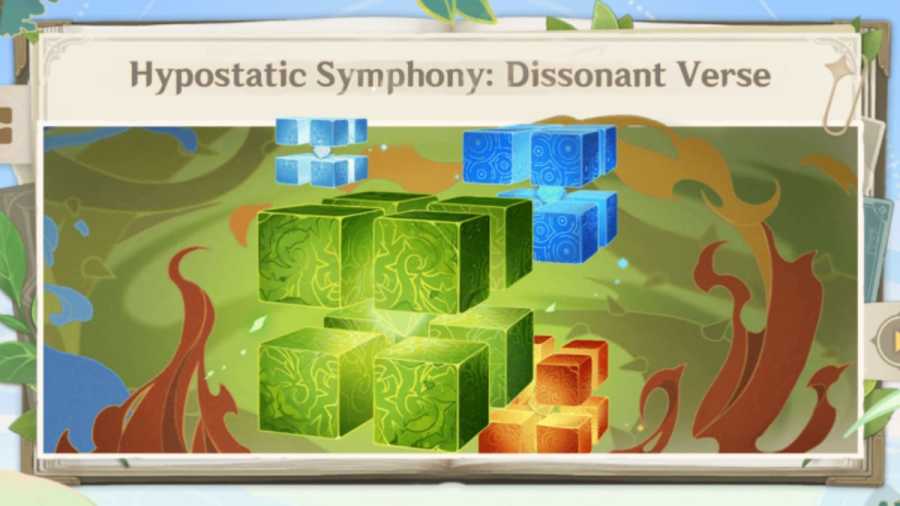 Genshin Impact's Hypotasis Symphony: Dissonant Verse event runs from November 25, 2022, to December 5, 2022. During the event, a temporary Domain will open up by the Falcon Coast, where you can battle Hypostases with varying difficulties.

All players with Adventure Rank 20 and above can participate. Simply open the event menu, select Hypostatic Symphony, and click Go to Challenge to head to the event-exclusive Domain and begin.

How to complete the Hypostasis Symphony: Dissonant Verse event in Genshin Impact

Interact with the event Domain in Falcon Coast and select a challenge you want to take. A new Hypostasis will open up every two days, with the final options being the Cryo, Pyro, Hydro, and Dendro Hypostases. There are two types of challenges: Standard Scoring and Intense Scoring.

You can only complete standard Scoring once for every Hypostasis challenge. Click on Challenge Details to begin. You'll get an overview of the Dissonance (buff) and enemies you'll encounter for every challenge. Click Start to set up your team and begin the challenge. You can't change teams mid-way, so you must set teams that can defeat the final boss—the Hypostasis.

Dissonance can be activated using the T button on PC, and you can keep track of how many uses you have remaining on the lefthand corner of the screen. You can use Dissonance 10 times per challenge (40 times total per Standard Scoring). You can't interchange the Dissonance buffs. After completing all four rounds, you'll unlock the Intense Scoring challenge.

After completing Standard Scoring, click on Challenge Details again to begin the Intense Scoring round. You can complete this as often as you like but can only complete rewards once by completing Normal, Hard, and Fearless difficulties. If you complete the Fearless difficulty, you'll automatically get rewards for Normal and Hard as well.

Intense Scoring only has one enemy—the Hypostasis boss. View the Challenge Details to get an idea of how much stronger the boss will be. You can also pick one Dissonance (buff) to help you. The number of times you can use it depends on the difficulty you pick.

Since each Hypostasis boss has a different mechanic, we highly recommend bringing the following team members to help you out: