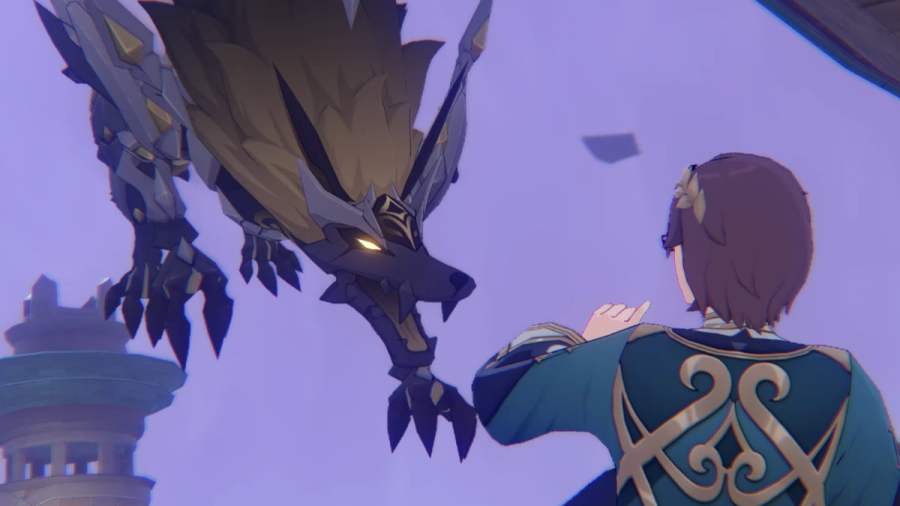 The Genshin Impact Sapientia Oromasdis Chapter Act I: Lingering Warmth is Nahida's first Story Quest, featuring a pop-up event called A Moment of Dreams, where Sumeru's residents share the mundane things that they dream about. In the second segment, called Dream of Falling, you and Nahida enter the depths of the dream, a Domain created by a desperate scholar named Moseis.

How to unlock Nahida' Story Quest in Genshin Impact

To unlock the Sapientia Oromasdis Chapter Act I: Lingering Warmth, you must first complete the Archon Quest Chapter III: Act V - Akasha Pulses, the Kalpa Flame Rises. Once that's done, head to the quest menu, then click on Story Quests on the bottom left of the screen. You must spend one Story Key to unlock Nahida's Chapter.

Unlike previous Story Quests, Nahida's doesn't involve manually entering a Domain. Instead, the quest will naturally teleport you into a dream, which functions similarly to a quest-limited Domain. We highly recommend following the steps below to make sure you loot all the Chests, as you won't be able to return if you missed any.

Enter the depths of the dream

Once you're teleported into the Dream Domain, interact with the flower to prompt a bridge and wind current to appear. Cross the bridge and ride the wind current to propel yourself upward, then glide toward the giant flower to find some enemy fungi. Defeat the enemies to activate another nearby flower.

Interact with the flower to prompt bridges to appear. Cross the bridges until you reach the cave where the arrow is pointing in the image above. Inside, you'll find a portal. Step inside and wait until you're teleported into an illusion of the Puspa Cafe.

Look for clues in the café

In this segment, Nahida will join your team as character #5. You need to use her Elemental Skill to peer into the NPC's mind. Press and hold Nahida's Elemental Skill, aim it at Debbi, then release it to proceed with the story dialogue. Once you're done, enter the portal again to go deeper into the dream.

Go deeper into the dream

There will be two plants in front of you. Interact with the skinnier one on the right to pick up the orange stone, then approach the plant on the left to transfer the stone to it. Like before, a bridge will appear. Follow the path, then jump on the Bouncy Mushroom to find a clearing with a giant pink plant.

Approach the plant to prompt a hoard of fungi to appear. Defeat the enemies to prompt a portal to appear. Step into the portal and wait until you're in a similar-looking clearing, where you'll find an Exquisite Chest to loot.

Some Rifthounds will spawn as you approach the Chest. Defeat the enemies to prompt a portal to spawn. Step inside the portal to reveal another similar-looking clearing. This time, the pink plant will disappear and reveal a plant with an orange stone.

Interact with the plant with an orange stone to pick it up. Ignore the portal. Instead, look ahead to find a blocked path with a plant in front of it. Glide toward the area and approach the plant to transfer the orange stone, which will also unblock the path. Inside, you'll find a portal that you must step into to get transported to Ilman's dream.

Look for clues near the cliff

In this segment, you just have to speak with Ilman and his family. Once you're done, a portal will appear. Enter it to go further into the dream.

Reach the deepest part of the dream

Step onto the swirly platform and interact with it to Start. It will move upward toward the giant flower over the horizon. When the moving platform stops, step onto the flower petal clearing to find a Bathysmal Vishap guarding an Exquisite Chest. Defeat the enemy to unlock the Chest and loot it. A portal will appear.

Enter the portal to find yourself in a clearing filled with Hilichurls. Defeat the enemies to spawn another portal, but don't enter it yet.

You must first interact with the nearby plant to pick up the orange stone. Once that's done, you can enter the portal to head to the next area.

In this part, you need to move fast as the water level will quickly rise. Immediately glide downward to find another plant holding an orange stone. Interact with it to pick up the stone. At this point, you should have two orange stones floating around you.

Next, follow the quest marker and run or swim toward the blocked path, pictured above. Approach the two short plants to transfer the orange stones onto them. The path will unblock, revealing another portal. Enter the portal to proceed to the final area, which looks like Sumeru City.

Look for clues in the city

In this segment, you must control a trial Nahida and use her Elemental Skill to peer into NPCs' minds. Your target NPC is Moseis, who's standing in front of the fountain with Emira. Press and hold Nahida's Elemental Skill, aim it at Moseis, then release it to proceed with a very long story dialogue.

An army of monsters will appear in the dream. Simply defeat all of them to proceed. After a small cutscene and dialogue, an aggressive Rifthound will appear. Be careful as it's quite strong! Defeat it to complete the Dream Domain. You'll be teleported back to the real Sumeru City, where you can complete the rest of the Story Quest.

Check out our guide on Everything you can do with Nahida’s Elemental Skill in Genshin Impact here on Pro Game Guides to learn more about the Dendro Archon's amazing ability.