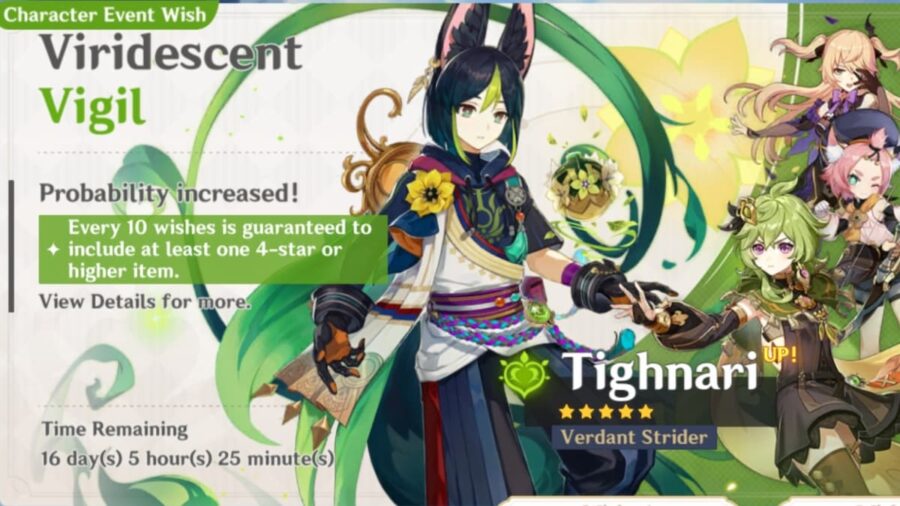 Even though it's free to play, Genshin Impact's design encourages fans to carefully consider whether it's worth spending their precious primogems trying to pull for limited banner characters. There's a lot of hype surrounding the latest full version update. Maybe you're coming back to Genshin Impact after a long break, or you're picking up the game for the first time. We'll help you decide if these characters are worth having on your teams.

Are Tighnari or Zhongli worth pulling for in Genshin Impact?

Yes, very much so. Both are powerful characters, particularly Zhongli. Arguably, he's the most powerful character in the game. Don't count Tighnari out, though, either. Being the first five-star character of the new Dendro element gives him a leg up. He also specializes in a charged shot playstyle that only one other character, Ganyu, shares. If you have never played as her, Tighnari could be a nice change of pace for you.

Why you should pull for Zhongli

He's an Archon, or God, of Teyvat, so some of you may want to pull for him just to collect all of the Archons on your roster. It's a perfectly valid reason. But beyond his lore status, he is also the best shielder currently in the game. He can be built around that role as a shielder, sub, or main DPS, with the shielding as an added bonus. Because of this flexibility, he fits in a lot of different teams. If you're thinking about constellations, his second lets you give a shield to all members of your team when using your elemental burst, making you everyone's friend in co-op. Zhongli's very new player friendly, as his ascension materials are easier to obtain in the early game. Pull, just pull. No matter where you are in the game, he's always a big boost to your account if you don't have Zhongli yet.

Why you should pull for Tighnari

If you're a longtime fan of the series, then you're probably aware: While Tighnari is limited for now, in the next patch, he'll be joining the standard character pool, meaning you'll be able to pull him on the standard banner or any limited banner if you are unlucky enough not to pull the limited character. We highly recommend that you don't let this fact stop you from pulling Tighnari. While there are more chances to pull Tighnari in the future, there may never be a guarantee. There are more than enough day-one players who can tell you that they are still waiting to pull one standard character or another. That's just how RNG works. If you want to have him on your team, go for it! You can build him to be a wickedly high-damage dealer, and the charged shot playstyle feels like a nice change of pace.

Should you pull for Tighnari or Zhongli in Genshin Impact Version 3.0?