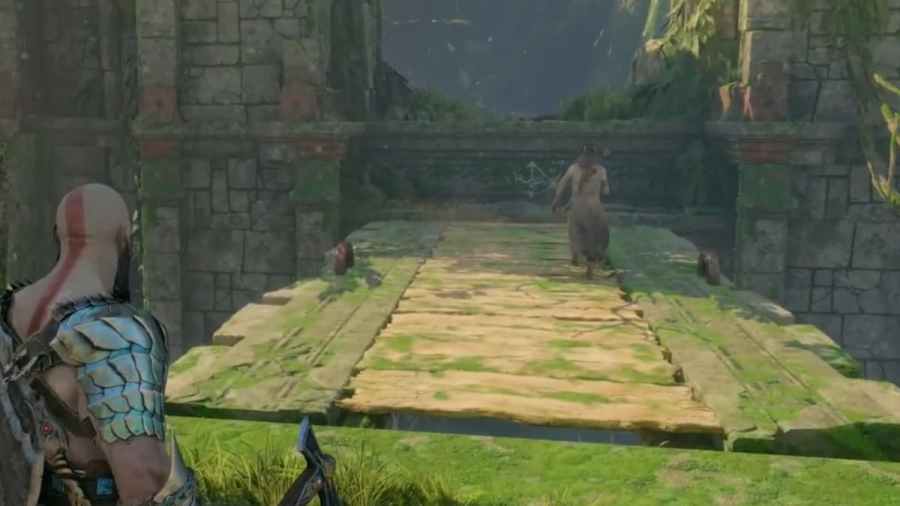 Related: Where to get the Helios Flare in God of War Ragnarök

Not long after, you will encounter a second drawbridge. This one is a little harder to solve, but the methods remain mostly the same. Turn to your right and find the pendulum with two braziers. Use your axe to hit the switch and release it. Once it comes to t rest, have Freya target the left and middle portions of the pendulum with her magic.

Use your Blades of Chaos to move the pendulum to the right, catching the right brazier on fire. This will ignite the entire pendulum and the brazier on the left beside the red vines. Have Freya target and shoot this brazier, and it will burn the red vines.

By lowering the second drawbridge, you can find the Legendary Chest in Pilgrim's Landing. Once you have solved the puzzle, cross the bridge and open the chest. It will contain the Grip of the Fallen Alchemist, a handle for the Leviathan Axe.