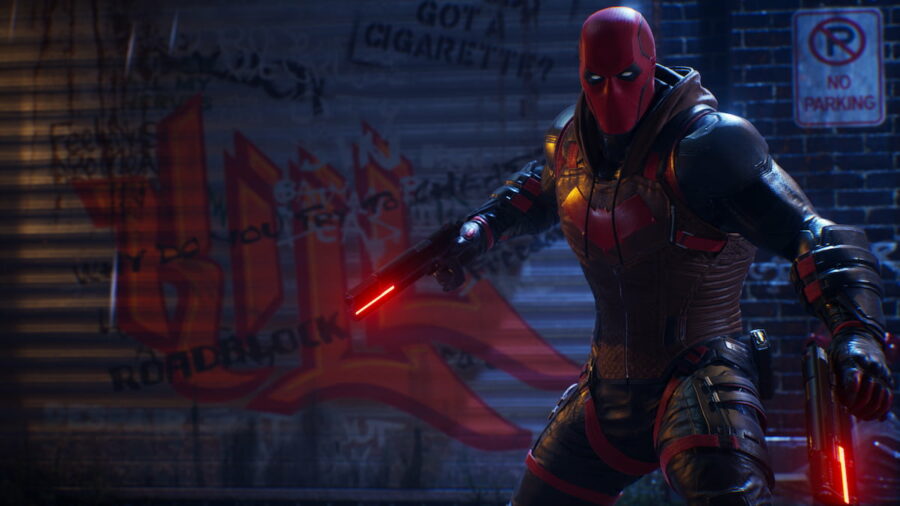 Nightwing and Red Hood are teaming up to take on the Court of Owls in Gotham Knights. Batgirl and Robin will join them in this co-op open-world action game set to release on October 25, 2022.

The reveal came via a Tweet from the official Gotham Knights Twitter account earlier this morning. The link goes to a 13-minute gameplay video showing off Nightwing and Red Hood working in tandem across various missions and settings.

Related: How does Gear work in Gotham Knights?

In the video, we see co-op in action as one player controls Nightwing and another comes swooping in as Red Hood. Each of the heroes plays very differently, with Nightwing having a more acrobatic fighting style and Red Hood using non-lethal rounds in his pistols.

Each can traverse the city quickly. Nightwing makes use of a glider, while Red Hood has a "soul jump" acquired from his resurrection in the Lazarus Pit. Beyond that, each character can make use of fast travel systems and vehicles like the Batcycle to make their way around the city quickly.

Finally, the video shows off the enigmatic Court of Owls, and their Talons as Nightwing and Red Hood creep further into one of their lairs. It captures the tone from the comics wonderfully and makes us realize that October can't come soon enough!

Gotham Knights shows off gameplay of Nightwing and Red Hood