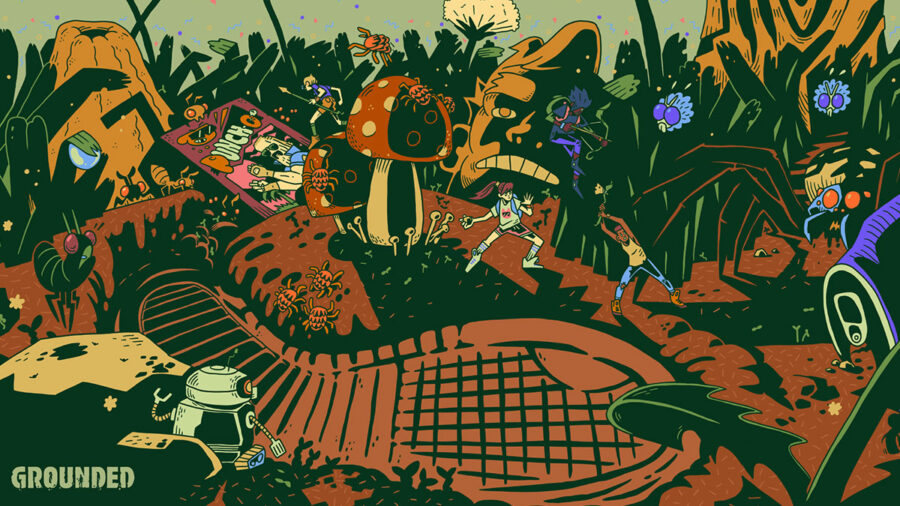 Grounded continues on with updating the popular sandbox game that shrinks you down to ant size and throws you in a backyard that's crawling with things trying to kill you! The game is currently in early access, and you can play it on Steam, Xbox, or by using the Xbox Game Pass on your PC. If you're lucky enough to have the game on Steam, you will now be able to join up the public test server, which will allow you to try out some of the new additions to the game before they are released to the public. The main reason for this is to find bugs (errors in the game, not the ones trying to kill you) and report them to the developers so they can get squash them before release!

If you own the game on Steam, then you can check out this post on the forums on how to join up and check out the new patch!

Included with this addition to the game are some patch notes for the public test realm. This pretty much reveals a lot of what you can expect to be released in the next content patch. The big headline items are that The Hedge area has been revamped with new content, you can create a Zip-line, Spinning Wheel, and Signs! There's a new world land mark called the Frankenline, and there's some additions for Halloween, which are a Jack-o-Lantern landmark and Candy Corn food item!

There's also some pretty big changes coming to combat. Ant soldiers have a new set of attacks and deal more damage. Most of the armor you've crafted will now block more damage, and weapons have had their damage and stamina cost adjusted. Bombardier Beetles and Stink Bugs' AOE abilities dish out more damage, and there were some changes to some perks.

If you're a fan of perks then there's more of them to discover and unlock! Grass will no longer respawn if the stump has been removed, and Ants won't take kindly to you stealing their eggs and attempt to retrieve them. The eggs can also now hatch if they've been moved by the player, but thankfully this won't happen if its in your inventory.

Another nice change is that meats will take much longer to spoil. I'm thankful for this because it felt like they spoiled way too fast in the past.

There's a whole lot more to dive into, you can read the full patch notes on the Grounded Support Forum!