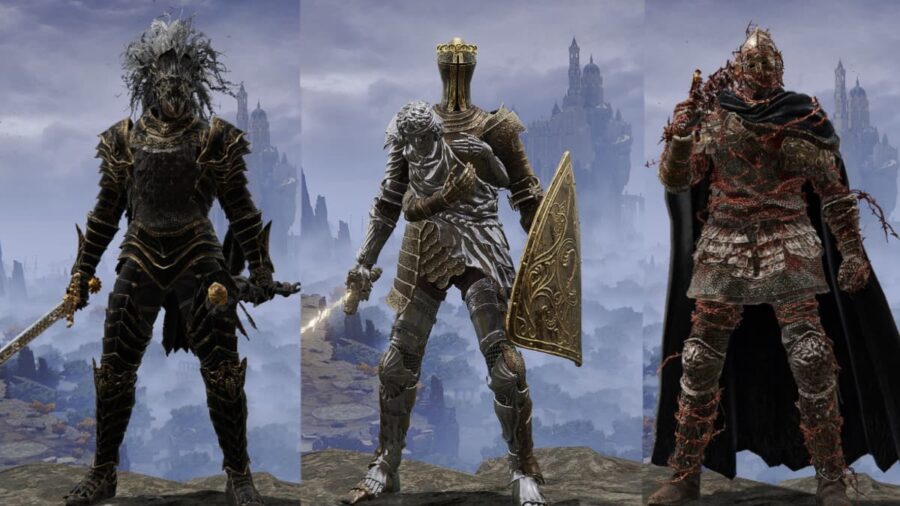 Elden Ring has many potential weapons, spells, and skills to use. It can be hard to choose an effective and fun build to play. Here is a list of the best faith builds to try.

The Paladin is a defense-oriented build, focusing on guard countering attacks and using holy damage with the Coded Sword to finish off enemies. The Coded Sword has the Unblockable Blade skill, which makes a sweeping attack that cannot be blocked. This weapon is also unique because its standard attacks cannot be bounced off shields like normal armaments. This build also uses Golden Vow to buff your defense and attack power. Elden stars as an offensive spell as its damage is increased by the Erdtree Seal and Lighting Spear as a great ranged option. You can use other incantations if you prefer.

The Night and Flame Swordsman use the unique Sword of Night and Flame Ash Of War, Night-and-Flame Stance, as its primary attack. This skill with either do fire damage or magic damage depending on if you use a heavy or light attack from the stance. Depending on the boss and their resistance to fire or magic damage, you can switch between the Fire Scorpion Charm Or Magic Scorpion Charm. Godfrey Icon, Shard of Alexander, and Carian Filigreed Crest are all used to buff your Night-and-Flame Stance skill. As this build has both Faith and Intelligence, you can use Spells (with a Staff) or Incantations (with a Seal) as you see fit, allowing for lots of flexibility in ranged damage and buffs.

The Blasphemous Brawler is a melee brawler build that uses bestial Incantations and the Blasphemous Blade to deal fire and physical damage. The Taker's Flames Ash Of War deals fire damage in a line in front of you and restores your health by consuming that of the enemies it touches. The Clawmark Seal scales with Strength and Faith just like the blade meaning that bestial incantations such as Beast Claw, Bestial Sling, and Stone of Gurranq are a perfect fit for this build. Flame, Grant Me Strength will increase your physical and fire damage for those tougher enemies.