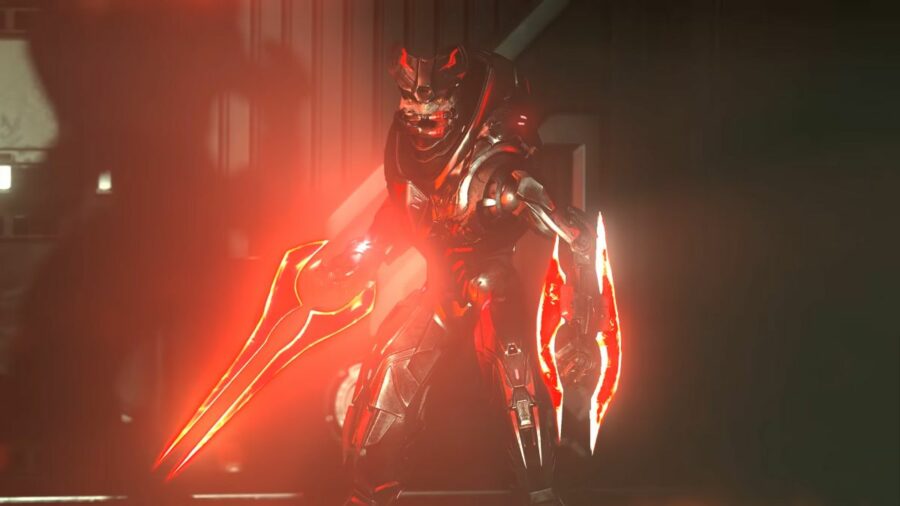 Microsoft and studio 343 Industries have released the official launch trailer for Halo Infinite. The trailer will most likely be one of the last major promotional videos that Microsoft releases for Infinite before the game's official release on Dec. 8 for the Xbox Series X/S and Xbox One.

The launch trailer is epic in scope, showing new scenes for the game's highly anticipated campaign mode. The trailer shows off more of one of the main antagonists, the Brute known as Escharum. The video also shows more scenes between Master Chief and Cortana. The coolest part of the trailer was the reveal of the red Elite with the duel-wielding red Energy Swords. It's unknown if this Elite will be a named character, or if it will be a new type of enemy that Master Chief faces off against.

Related: What is an XP Grant in Halo Infinite Multiplayer?

The launch trailer also highlights the openness of Infinite's map, showing Master Chief traversing the game's setting in a variety of different ways. The franchise's iconic Scorpion Tank also makes an appearance, briefly being lifted in the air as it continues to shoot.

The trailer labels Infinite as "the biggest Halo ever." This tagline is part of Microsoft's heavy push to make Halo one of the biggest launches in Xbox history. Previous videos like the UNSC Archives and "Forever We Fight" trailer have high production values that use live-action footage. There's also the other promotional slogan "Become", which is about encouraging fans to embody the Master Chief.

Halo Infinite's Online Multiplayer is ready to be played right now for those with Game Pass or who have pre-ordered the game already. To read guides about the game's multiplayer, keep reading on Pro Game Guides.