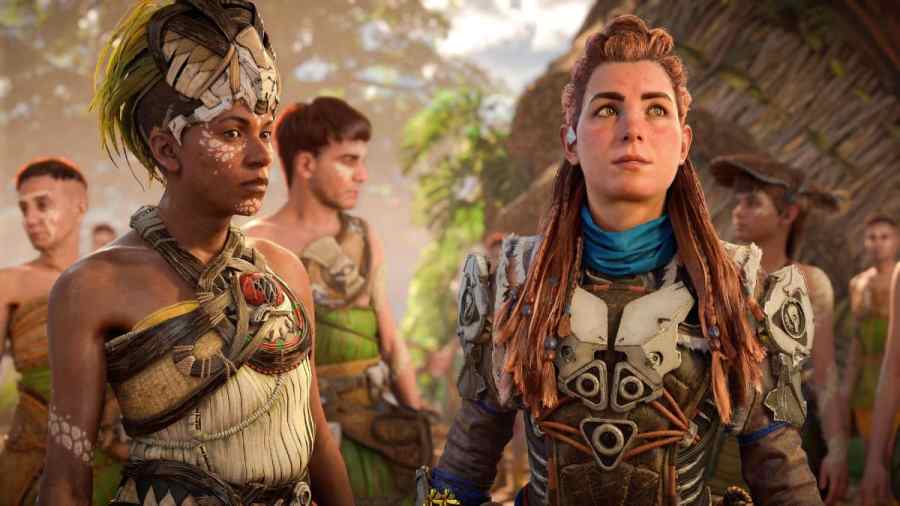 The Horizon series has become a staple among the PlayStation lineup, with Horizon: Zero Dawn and Horizon: Forbidden West being some of the best hits. But Guerilla isn't done with Alloy and the Horizon universe. In addition to the upcoming Horizon: Call of the Mountain, the studio has plans for future titles.

The Life at Guerilla Twitter posted openings in their studio, stating, "We are continuing to create epic solo adventures for Aloy. But there is more. A new internal team is developing a separate Online Project set in Horizon's universe." This means fans can expect more single-player titles and a multiplayer Horizon game.

We don't know much more than Guerilla is working on these upcoming titles, so fans will have to wait for more information. In addition to the Life at Guerilla Twitter, you can follow the official Guerilla Twitter for future updates.

In the meantime, Horizon fans can look forward to the VR title, Horizon: Call of the Mountain, releasing on February 22, 2023. After that, Horizon: Forbidden West is receiving its first DLC, Burning Shores, on April 19, 2023, keeping fans satiated until we get more information on Aloy's future and the multiplayer Horizon title.