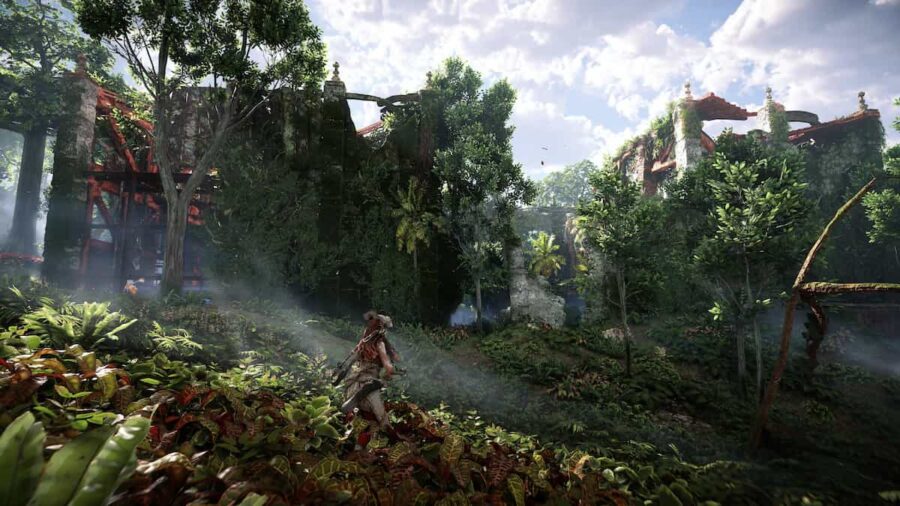 Some of the new challenges added to Horizon Forbidden West's map are called Relic Ruins. Relic Ruins can be found all over the map and will force players to complete puzzles and traverse obstacles to find the collectible held within each Ruin.

The Long Coast Relic Ruin is a confusing one. The dense overgrowth of the jungle and vegetation in the area can make it difficult to see objects and key points from a distance. Players will also need the Igniter upgrade on their spear before tackling this Relic Ruin. The steps that will need to be taken to complete the Relic Ruins: The Long Coast are listed below:

Where to the Relic Ruins: The Long Coast

You can find this Relic Ruin just northeast of the Thornmarsh settlement. It is also just west of Raintrace Rise. This Relic Ruin is one of the last ones players will encounter in the game following normal story progression.

What is the reward for Relic Ruins: The Long Coast?

How to complete ‘The Long Coast’ Relic Ruins in Horizon Forbidden West?