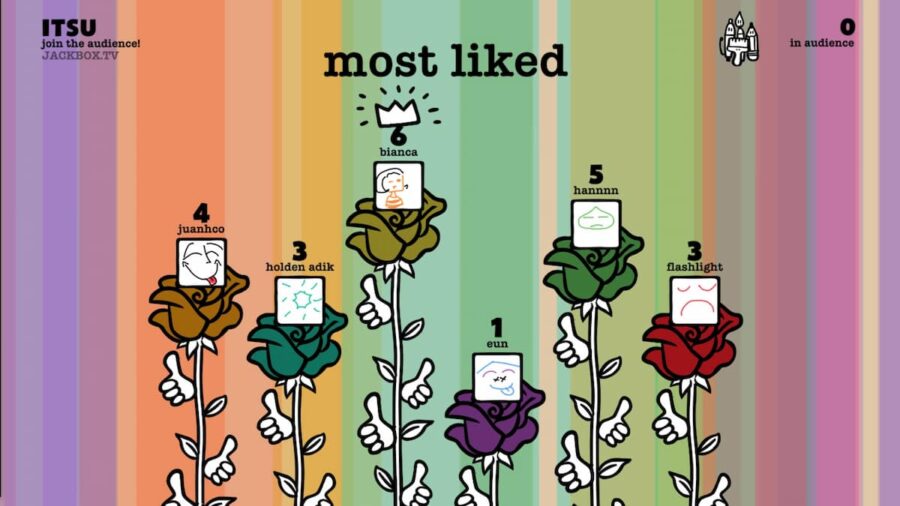 The Jackbox Party Games are a lot of fun, though with eight packs and 40 games, it’s fairly difficult to choose which ones to play. This guide can help you make that decision.

Every game is ranked based on its level of fun for all ages, as well as its replay value.

If you're looking for your next favorite title, you'll find it in this list. These Jackbox Party games are not only fun but they offer so much replay value that no two gaming sessions will ever feel the same.

A lot of the Jackbox Party games on this list are older versions of the ones above. Still, that doesn't mean that they're any less fun. Many of the non-recurring titles, like Talking Points, only got pushed down because they're games that are only great to play with the right people.

For example, if you and your friends are a big fan of Keep Talking and Nobody Explodes, then you'll definitely enjoy The Devils and the Details—that doesn't mean everybody will have the same thoughts as you though!

Related: When is Mario Party Superstars coming out?

These Jackbox Party games are super fun, though they can feel repetitive real quick. They're nice to play once or thrice in a while.

Objectively, these Jackbox Party games aren't bad, but they're definitely the last ones you should try. Many of them will bore you or are too complex to be enjoyed by everyone in the group. Some of the games' replay value isn't very good either.

If you're interested in party games, check out Best Online Board Games on Pro Game Guides.