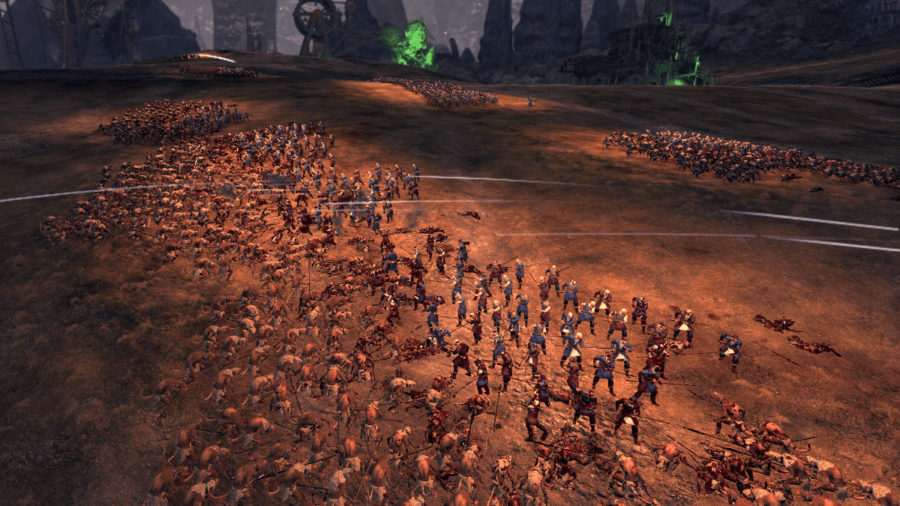 The Best Factions to play as in Warhammer Total War 2

In the following list, we will explain some of the best factions that you should try in Warhammer Total War 2 and some of the advantages of doing so.

The Skaven are a fun race and faction to play as and have many advantages depending on the sub-faction you pick to play. For example, Clan Skyre brings several engines of war and unique missile infantry to the table, while Clan Moulder brings numerous creatures and abominations.

Both sub-factions also include a unique workshop where you can upgrade your units to give new unique buffs and abilities. However, the major drawback to playing them is that their basic melee units are relatively weak, but when supported by warp cannons or rat ogres, this won't be a problem.

Greenskins are one of the best races for someone who loves melee combat, as the faction contains some of the best melee fighters in the game. Along with this, the faction is just an overall joy to play as you can just sit back and conquer with ease and watch as your orks and goblins swarm the enemy.

Greenskins also have a few interesting lords, with one being Grom the Paunch, who adds an interesting vortex campaign, along with several new gameplay mechanics such as Grom's kitchen

The Vampire Coast is a unique pirate faction that never got an army book in tabletop Warhammer Fantasy that was fully fleshed out back in 2018.

The faction is also one of our personal favorites, as they bring a challenging experience to the table and as well have one of the best artillery units in the game. Along with this, the unit roster for the Vampire Coast is extensive and has a heavy focus on meat shield melee units and strong missile units.

Bretonnia is a faction rip straight out of Arthurian myth and legend that has a heavy focus on calvary and is one of our favorites to this day. The faction is also free and was the first free faction to be added to the first game. But overall, their unit roster comprises heavy cavalry and some decent melee foot infantry, supplemented by weak peasant units.

They also have a few interesting lords, with one being a female knight that starts off in the far east near the tomb kings, which offers a unique gameplay challenge at the start of the campaign.

Empire is a faction that plays the most like a traditional Total War faction and is the best one for newer players to start playing as. Along with this, the faction is relatively balanced and features a vast and diverse unit roster that allows players to experiment with different unit types.

The faction also has some of the best artillery units and features strong cavalry and front line units. The lords are also decent and feature solid abilities and quirks. The Empire also received an update where the player is now able to appoint officials to offices, which makes you feel like you are in control of an actual empire.