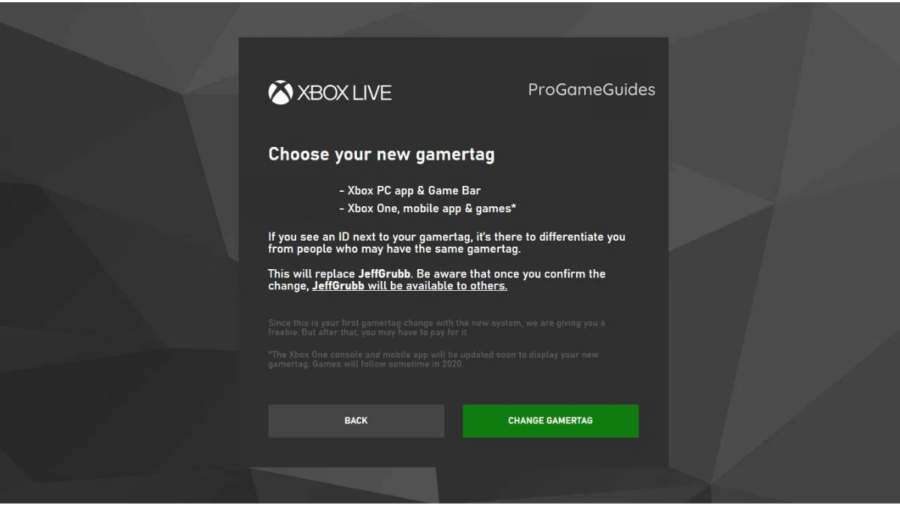 Gamertags are a key part of the gaming experience, especially when it comes to playing multiplayer and online. It can sometimes be difficult to think of one, especially when there are millions of players across platforms which have already picked the most common ones! So, here are some ideas for creating a great gamertag name.

The Name of the Game... is Naming

We all know that when you sign into a match and see someone called George59658741245658 that he's probably a noob... or a bot (sorry George!) You don't want to be in the situation of your name sounding like you've just bought your first console and gone with a spammy account to get things going as quickly as possible.

The right name takes finesse, passion, it should be a work of art. Just kidding of course, but it needs to be cooler than Your Name + Random Numbers/Letters, so here are some ways to come up with something good and original.

Pick a Favorite Character or Place from a Game/Film

We know that sometimes this can be easier said than done, especially if you want your name to be Michael De Santa, Lara Croft or PipBoy - however there are ways to incorporate it without it losing its edge. Mix it with another aspect from the game such as a place name or meaningful association, for instance Michael De Santos; or if you have a shipping fantasy something like HarleyQuinn-Wayne!

There are many gamertags taken already, but if you keep splicing together your favorite parts of your top game you are sure to find an available one eventually!

Use Your Real Name

Forgive us if that sounds obvious, but sometimes it works! People change gamertags all the time and some people also have unique sounding names! If you are a bread and butter Thomas Jones then you will probably have little luck (sorry Thomas!) But if your parents really went with something exotic then your gamertag could be the name on your birth certificate!

Humour is one of the best things about life, so get creative with your gamertag name and incorporate some comedy! You can always play around with existing terms like HanzoFromMaine instead of Hanzo Main, or SoyBoyBetaCook instead of the, y'know, original It's Always Sunny in Philadelphia quote!

Just remember this, there was once a guy who wanted the name WarChief but instead accidentally wrote WarChef, and he's forever immortalised in the Internet gaming hall of fame, aim big!

Use Your Pet's Name

Sometimes you name your pet something really awesome, and that name could also be used in a gamertag! As Sean Connery said in Indiana Jones and the Last Crusade "we named the dog Indiana".

If you've given your pet a great name like Atticus Roadstar Stallion or something like that then consider using it! If someone got me in Call of Duty Warzone with a name like that, I'd definitely remember it.

As much as you might have a really elaborate, inside name in mind that will definitely be available just remember to keep it simple. As stated before, you don't want to look like some spam bot with a thousand numbers after your name. So, Pricefield-87837808 is out of the question, even if the number happens to be Nathan Prescott's PUK code.

Gamertags can be hard to think of, and I am sure you were hoping for a massive list of names to choose from but really the best name is the one you choose yourself. Pick something that means something to you and that you will be proud to wear! Failing that look for multiple objects in your room and mix them together, like FerrariZeldaSantaClaus.

If you want to check if your name is available then there is a gamertag checker for Xbox which is handy - if you are really stuck for ideas it also has a generator on there too!

Looking for some more gaming goodness? Why not check out the Chivalry 2 pre-order bonus and special editions!