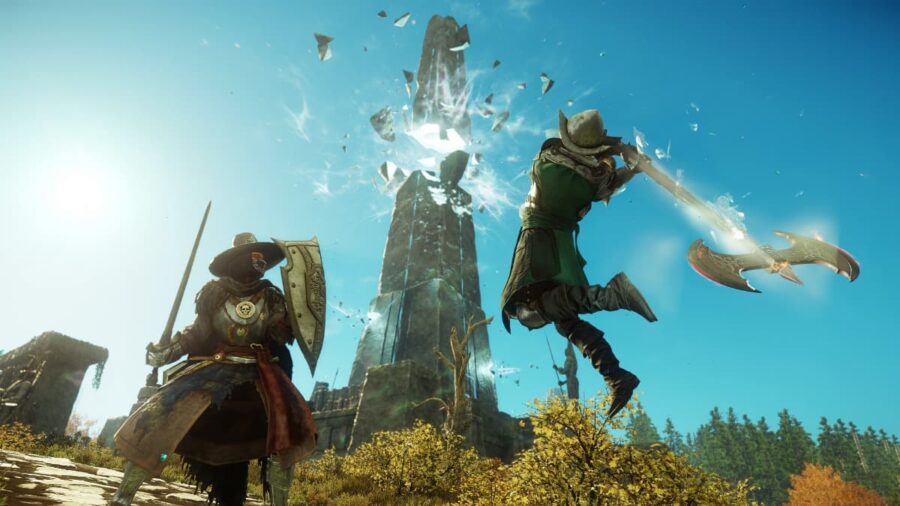 Factions are a unique mechanic in the MMO New World, and when you reach level 12 in the game, you will need to pick one of the available factions.

That being said, here's everything you need to know about all three factions and which will be the best for you. To start, there are three factions: The Covenant, The Syndicate, and The Marauders.

The Covenant is a fanatical order charged with what most fanatics love doing, purging heretics. But when it comes to the Covenant, their goal is to cleanse the world of Aeternum of both heretics and defilers so that their holy nature can prosper in Aeternum.

Now the Syndicate is a secretive organization hell-bent on and in search of forbidden knowledge lock away in far corners of the new world. Their goal is to find such knowledge and usher in a new age of enlightenment.

The final faction, the Marauders, is a military force with the goal of forging a new and free nation where those with strength and a strong will can prosper and profit.

Related: How to craft in New World

Overall, there aren't really any best factions yet, as they are all somewhat similar to each other beyond their lore. Although, they do offer specialized equipment as your rise the ranks through that faction.

So if you want to pick a faction, our best recommendation would to just pick the one that sounds best to you, there are no wrong answers.

However, you should make a note of the current power level on the server you are on and which factions have the most territory under their control.

The reason why is that if you choose a faction that is weaker, you may find it hard play PVP vs a stronger faction. Because of this, it's best to go with the faction that is the strongest at the time and work with other players to keep it that way.

Going with the strongest will also offer the best chance to reap the rewards of faction bonuses such as better crafting amounts and more resources when gathering.

For more on New World, check out What are Expeditions in New World and How does Weapon Mastery work in New World?

How to Fix Store Error 408 in New World

Where to Find Smelters in New World

How to make Fish Oil in New World