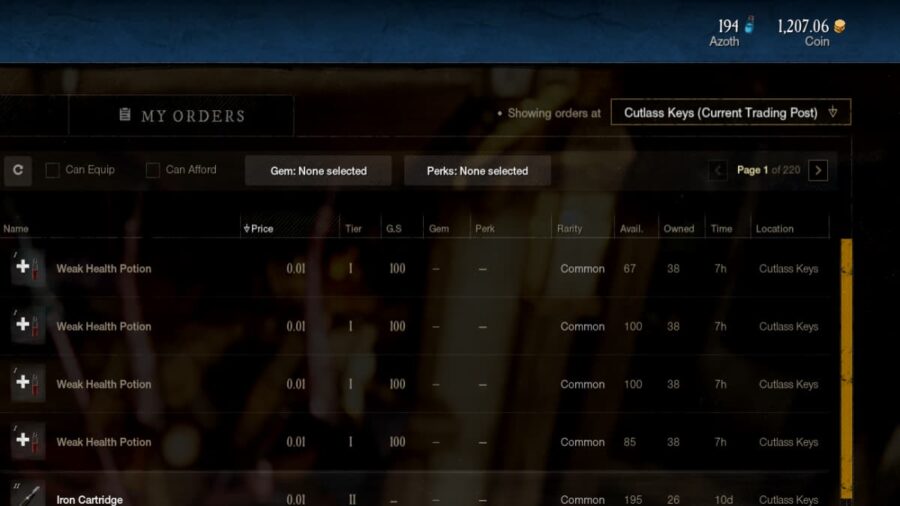 To farm gold in New World, you will want to first farm the various quests available to you in the game. Farming quests are the best and most straightforward, depending on the quest to make money. Each quest will give a little bit of gold as a reward, and depending on the enemies you may encounter, you can earn additional gold per enemy you kill.

So with a combination of the two, you can slowly build a steady flow of gold early on in the game. However, it's a bit grindy for low rewards, so you won't want to focus on it alone forever. Because of this, you will eventually want to set your eyes on what we consider the best go-to method for making the most money possible in New World.

Related: How to buy and sell items using the Trading Post in New World?

The method, in short, is to farm resources, sell them, and craft bullets or arrows and sell them at a trading post in a settlement in the game. Selling both of these items in large amounts is a sure-fire way to make money and farm gold in New World.

This is especially the case if you focus on selling bullets and arrows in specific high-traffic locations where many players visit.

You should also always sell your items cheaper than the comp but not low enough to lose money. Don't worry about accidentally losing gold, the game will warn you when you try to sell your items for a price that will cause you to lose gold.