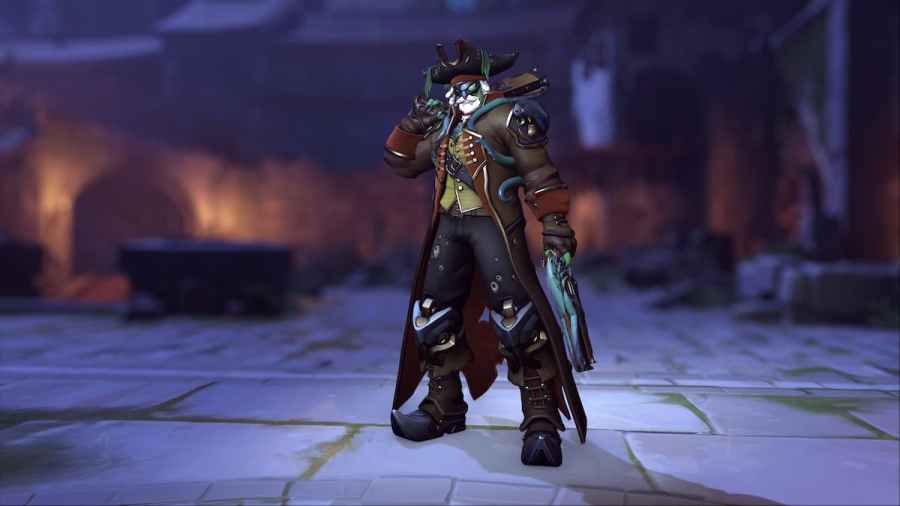 Overwatch 2 has launched with many players having server-related issues and experiencing several bugs. With the Kiriko skin available on Twitch, Blizzard has announced they will release a legendary skin and weapon charm during Season one as compensation for these launch issues. Here is how you can get the Cursed Captain Reaper skin in Overwatch 2.

How to get the Overwatch 2 Free Reaper Skin (Cursed Captain)

Blizzard advised in a Blog Post that the Cursed Captain Reaper skin and the Health Pack Weapon Charm will be available to all players who log into Overwatch 2 between October 25th and the end of Season One. The announcement was made with an apology for the launch issues and a plan to run Double Match XP weekends in the coming weeks.

These items will be immediately accessible from your collections after signing in to the game during this period. Blizzard has advised that each season will run for two months, with Season One scheduled to end on December 6th.

Related: How to play Reaper in Overwatch 2 – Abilities, changes, strategies

What are Weapon Charms in Overwatch 2?

Weapons Charms such as the Health Pack Weapon Charm are new collectibles to Overwatch 2. These items can be added to weapons to display the figure on your weapon during the game. These collectibles are available through the Battle Pass.

For more Overwatch 2 guides, check out How many people play Overwatch 2? Player Counts and Stats here on Pro Game Guides.