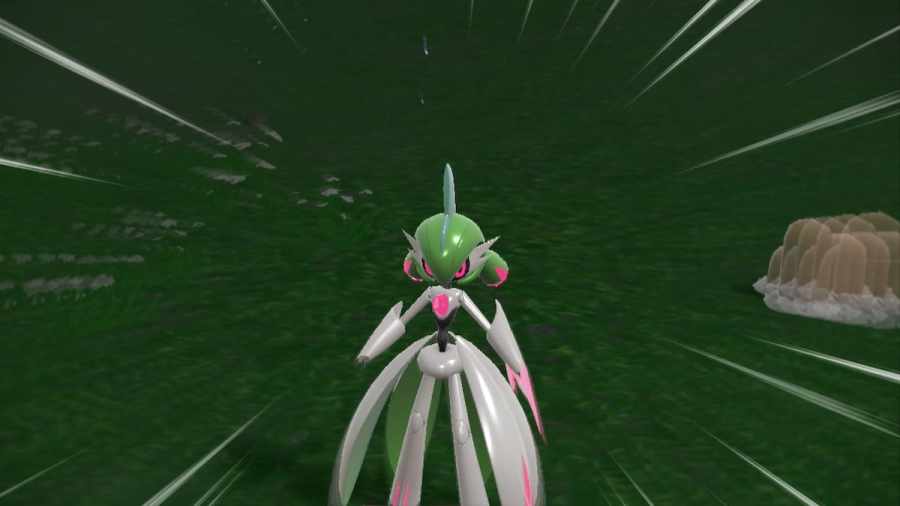 There haven't been too many additions to the Fairy-type in Pokémon Scarlet and Violet, but the ones that were introduced certainly made an impact. Several of the new Fairy-types can be really hard to beat, and that's not counting the Fairy-type Paradox forms which look pretty OP at the moment. It is quite difficult to rank them among older powerhouses like Gardevoir and Sylveon.

What are the best Fairy-type Pokémon in Scarlet and Violet?

This past form of Jigglypuff has great stats in every area except its offenses. As a result, it struggles to do damage, but it's great at Wish-passing as well as setting up Calm Mind.

Grimmsnarl exemplifies a bulky attacker, although it can fill a support role as well. With access to Bulk Up, Grimmsnarl can use Sucker Punch and Drain Punch to sweep through teams. With Prankster, it also gets up Light Screen and Reflect very reliably.

Despite being adorable, Sylveon doesn't quite hit the speed trainers might hope for a Fairy-type attack spammer. Sylveon makes up for this with reasonable bulk, which helps it either set up Calm Mind or just spam Choice Specs Hyper Voice.

This is one of the more interesting new Pokémon introduced in Generation IX. It's signature move, Gigaton Hammer, has a whopping 160 base power. Unfortunately, Tinkaton has a fairly low Attack stat, so it usually needs a Swords Dance boost before it starts damaging opponents.

It will be a long time before Gardevoir doesn't reach top 10 Fairy-type lists. Even in this new environment, Gardevoir simply sets up Calm Minds and breaks through defensive cores. It also has plenty of coverage to pick from (Thunderbolt, Focus Blast, Shadow Ball, Energy Ball, etc.).

Very few strategies feel as good as getting a guaranteed Swords Dance boost. Mimikyu still has the Disguise ability, which guarantees to take one hit for it. This Pikachu wannabe can take advantage of that turn by setting up and then using Play Rough or Shadow Sneak afterwards.

Although there are many Calm Mind setters with the Fairy-type, Hatterene might be the best at this role. Thanks to the Magic Bounce ability, Hatterene can't be poisoned, Taunted, etc.. It also has Draining Kiss to keep healthy while it sweeps.

Statistically, Azumarill can seem fairly underwhelming (only 50 base Attack). Don't be fooled, though, because Azumarill gets the Huge Power ability which double its Attack power. This means it can either run Choice Band to blow up opponents, or set up a Belly Drum and Aqua Jet opposing teams to death.

It's hard to think of a fusion of Gardevoir and Gallade not being OP. Iron Valiant has the flexibility to use what makes both Gallade and Gardevoir great in their own right. Iron Valiant is capable of going the Special route with Calm Mind, or being a strong physically attacker with Swords Dance.

Fairy-type Pokémon are great, but what if they had a Fire move to hit Steel-types? How about the Ghost-typing to spam STAB Shadow Ball with? Want to throw in an item that gives it a Choice Scarf boost once it enters the battle? Flutter Mane has all of the above along with great stats to back it up.