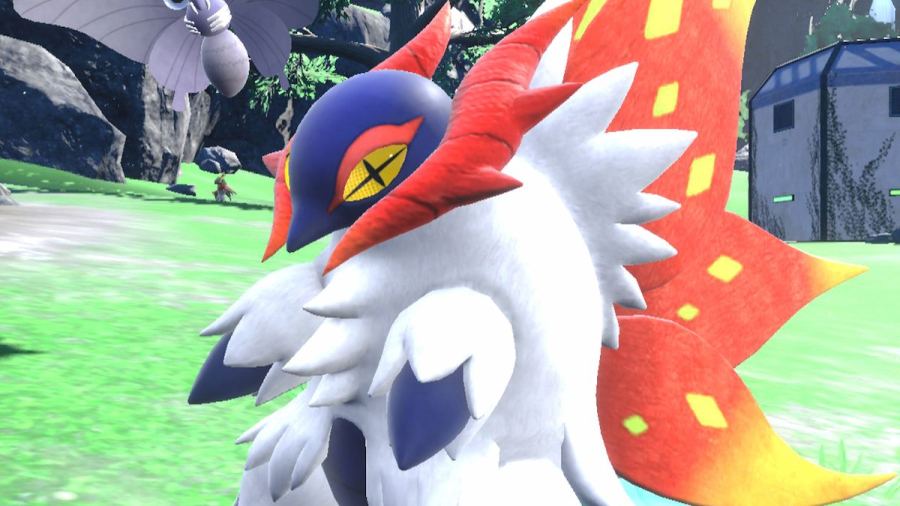 Slither Wing's spawn location does not appear on the map until it's been unlocked in the Pokémon Scarlet and Violet story campaign. Here is what you need to know to quickly find and catch the ancient Paradox Volcarona form.

Slither Wing only spawns in the Great Crater of Paldea. So you won't be able to catch Paradox Volcarona until you have unlocked Pokémon Scarlet and Violet's final story campaign. Completing the Victory Road, Starfall Street, and Path of Legends campaigns will automatically give you access to the end-game crater area. Once you can travel to the Zero Gate, you will be able to find Slither Wing in the Area Zero location detailed below.

Where is Slither Wing's location in Pokémon Scarlet & Violet?

Unlike the other Paradox Pokémon, ancient Volcarona can only be found in the outside areas of the crater. The quickest way to find the Pokémon, is to head on to the Zero Gate fast travel point that is South of Medali City. Slither Wing's spawn location is near Research Station No. 1, which you can quickly warp to by using the green portal inside the Zero Gate. After exiting the science lab, simply walk around the green terrain a few feet from the research station. If you don't see Slither Wing, just leave and re-enter the area repeatedly until it appears in the overworld. The Paradox Pokémon is a common spawn, so it shouldn't take too long. Because it's exclusive, Pokémon Violet users will need to trade with a Pokémon Scarlet player to obtain Slither Wing.

How to get Slither Wing in Pokémon Scarlet & Violet