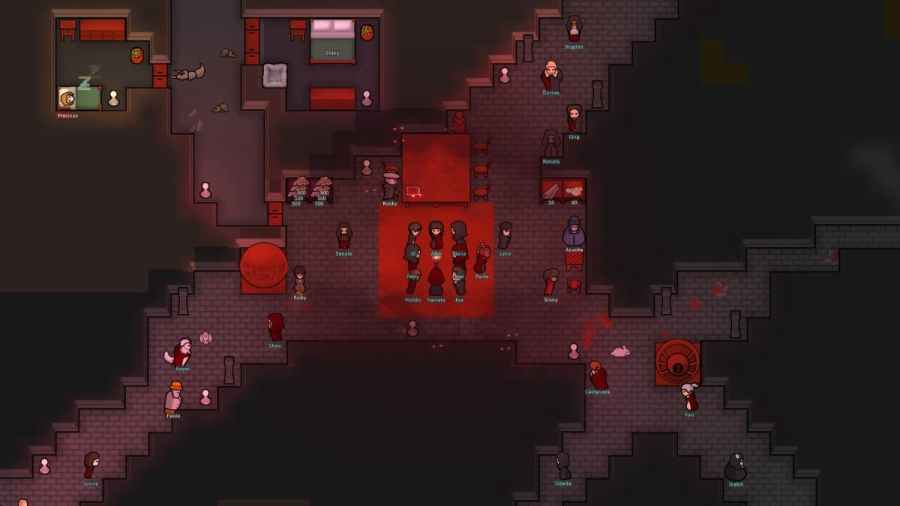 Xenotypes, also called Xenohumans, are a selection of species or races added through the Biotech DLC for Rimworld. With the DLC installed, players can encounter various races, such as Pigskin or Vampire pawns roaming around in their games. Each Xenotype features unique bonuses and weaknesses that help spice up each playthrough. Xenotypes can be highly varied in skills, weaknesses, and strengths, it's essential to learn all Xenotypes or Xenohumans in Rimworld.

Related: 15 Essential RimWorld Mods and How To Install Them

All Pigskin Xenohuman and Xenotype Strengths and Weaknesses in Rimworld

Pigskins are a race of pig people that carry the traits of their animal cousins in a humanoid form. In short, they can eat anything in the game without getting skill because of their digestive system and a strong stomach. Pigskins also excel with explosive weapons and close-range weapons. Here's the complete list of Weaknesses and Strengths Pigskins have in Rimworld:

Dirtmoles are a unique race of Xenohumans that prefer to live in Caves or underground. Because of this, the Dirtmole Xenotype has lost its vision over the years and suffers from short-sightedness. Dirtmoles make up for their near-blind weakness by being able to see very well in the dark due to having Dark Vision. Dirtmoles also make excellent miners and excel at all Mining tasks. So if you want a race that can help you mine steel or components, Dirtmoles would make a great choice. Here's the full list of Strengths and Weaknesses genes for Dirtmole Xenohumans in Rimworld:

All Genie Xenohuman and Xenotype Strengths and Weaknesses in Rimworld

Genies are a race of Xenohumans created long ago to hold engineering positions in the Space Navy. Over the years, Genies have become excellent Engineers, Crafters, and strong Intellects, making them ideal for most Research, Construction, and Crafting tasks. However, being excellent crafters and intelligent pawns comes at the cost of taking more damage and being prone to injury. Here is the complete list of Strengths and Weaknesses genes of Genie Xenohuman in Rimworld:

Yttakins are a race of Xenohumans with strong resistance to cold weather and amazing animal skills. Yttakins also share a psychic bond with animals and can summon wild animals to aid them in battle. This race of Xenohumans also excels at melee combat and can take less damage. Here's the full list of Yttakin strengths, weaknesses, and appearance genes in Rimworld:

Highmates are essentially Rimworld's Xenohuman Social experts. Because of this, Highmates are naturally beautiful and excel in all Social Skills, actions, and work orders. However, Highmates are terrible at combat, mining, and nearly anything other than Crafting and Intelligence skills. Here is the full list of a Highmate Xenohuman Weaknesses and Strength genes:

Sanguophages are powerful vampire Xenohumans that can excel in combat because of their damage and healing special abilities. However, due to being pretty much vampires, Sanguophages are hyper-Intelligent and feature strong melee combat and social skills. On the negative side, Sanguophages must consume blood and death rest to regenerate their death bar. Here's the full list of genes for these vampires that hide among Baseliners in Rimworld:

Sanguophages don't feature notable appearance genes as they resemble normal Baseliner pawns. Because of this, they are extremely hard to pinpoint unless you look at their Bio tab in the game or have a quest that spawns them.

Impids are a race of desert-dwelling humanoids that resemble devils or demons due to their unique appearance. They are also naturally resistant to heat and fire, making them excellent warriors with fire weapons. However, Impids are extremely weak in close-range combat but up for it by being excellent long-range fighters. Impids can also run fast across open terrain, earning them the nickname dustrunners. Here's the complete list of all Strengths, Weaknesses, and Appearance genes for Impids:

All Neanderthal Xenohuman and Xenotype Strengths and Weaknesses in Rimworld

Neanderthals are a race of Xenohumans that are pretty much just super strong cavemen that are hyper-aggressive and excel in melee combat. The race is primarily tribal and has poor intellectual, Social, and Shooting skills. Here's the complete list of Strengths and Weaknesses genes Neanderthals have in Rimworld:

All Hussar Xenohuman and Xenotype Strengths and Weaknesses in Rimworld

Hussars are a race of genetically engineered super soldiers that long for battle. Because of this, their starting skills tend to feature high shooting and melee with minor other skills like construction, etc. Being soldiers naturally, Hussars can also survive in either hot or cold environments. Hussars are naturally resistant to damage and will not slow down in a firefight if they take damage. However, being genetically engineered super soldiers makes them dependent on Military drugs and have a dependence on Go-Juice. Here's the full list of all gene types Hussars have in Rimworld:

All Waster Xenohuman and Xenotype Strengths and Weaknesses in Rimworld

Wasters are a Xenohuman race of aggressive, Toxic wasteland dwellers. Wasters are immune to toxic pollution and nearly all diseases in the game. However, Wasters depend on drugs such as wakeup and psychite but can consume as much as they want with no negative effects. Here's the complete list of genes Wasters have in Rimworld:

For more on Rimworld, we at Pro Game Guides have you covered with guides like Rimworld: Tips for New Players and Best Rimworld Mods.