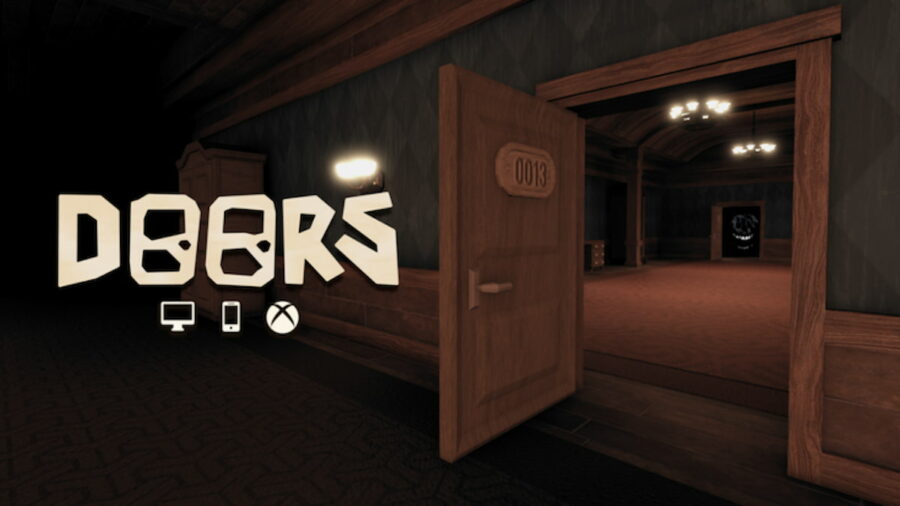 Following the success of The Mimic and Apeirophobia, another horror/survival-style experience has joined the Roblox platform—Doors. In this experience, players must maneuver throughout, and ultimately escape, a haunted hotel by sneaking, sprinting, solving puzzles, and, most importantly, evading various chilling monsters. If you're brave enough to venture through this experience and are looking for a guide on surviving all these monsters, you're in luck! Continue reading below to learn all there is to know about these unique entities.

All monsters in Doors and how to survive them

Rush is one of the first, if not the first, entities players will encounter in The Hotel. When Rush spawns, the lights in multiple rooms will flicker, and you'll hear a distorted growling sound—this is your sign to hide! You can avoid Rush by hiding in a vent or closet or crawling under a bed. If you fail to find a hiding spot before Rush speeds by, you will die on contact. Once Rush has passed, all the lights in the rooms it ran through will be broken, but you can continue toward the next door without fear of its return.

Sometimes, Rush will cause the lights to flicker without actually spawning. In these cases, watch your back and continue toward the next door.

Each time that Rush is set to spawn, there's a very low chance that Ambush will spawn in its place. Like Rush, Ambush will make the lights flicker, create a distorted noise before it appears, and run through all of the nearby hallways/rooms. Unlike Rush, however, Ambush can run through these rooms up to six times. The best strategy for surviving Ambush is to hide in a closet when you hear its presence, step out of the closet when it disappears, and repeat this process until it fully disappears. Staying in the closet for too long will spawn Hide, so it's best to leave and re-enter.

Ambush is also exceptionally quicker than Rush, so be sure to complete the steps above at a quick pace!

Hide is here to ruin your day for those who find comfort in hiding when the going gets scary. This figureless entity spawns when players have spent too much time hiding under beds or inside vents or closets. If Hide deems that you've been hiding for too long, your screen will begin to turn red and flash the words GET OUT, and your pulse will progressively increase, growing louder and louder by the second. If you still refuse to leave, Hide will eventually kick you out of wherever you're hiding and lower your health by 40%. You'll then be blocked from hiding again until a timer cooldown finishes.

Similar to Rush and Ambush, Halt makes its presence known by flickering lights. Unlike these two entities, however, Halt doesn't immediately appear after the lights flicker. Instead, it spawns behind the next numbered door that players open. Upon opening this door, players will enter a dark hallway only illuminated by Halt's glowing blue eyes.

To escape Halt, run down this hallway and out the door at the other end. As you travel down the hallway, you'll need to keep an eye out for flashing words, specifically Turn Around. When Turn Around appears on your screen, immediately turn your camera/character and walk in the opposite direction. You'll need to repeat this process, turning around and walking forward each time the prompt appears until you successfully make it through the door at the end of the hallway.

If Halt makes contact with you, you will take 60 damage.

As you move from room to room, opening doors as fast as possible, there's a chance you'll run into a purple glow—this is Eyes. After a few seconds, a 36-eyed entity will spawn from the purple glow and will deal 10 damage to anyone who looks at it. To survive Eyes, simply maneuver out of its area while looking at the floor, ceiling, or walls. Basically, look anywhere but at it!

If you find yourself walking through a numbered door and into a pitch-black room, you may need to look out for Screech. This entity will make its presence known by whispering a quiet "pst"—when you hear this sound, turn your camera behind you as fast as you can and look directly at Screech. If you look at it in time, it will scream loudly and jump at you but deal no damage. If you fail to look at it in time, however, it will scream and jump and deal 40 damage.

Having a light source, such as a flashlight or lighter, will lower the chance of Screech attacking in a dark room.

In terms of attack damage, Jack is a harmless entity. In terms of psychological damage, however, that's a different story! According to the official Doors wiki, Jack has a 1/20 chance of appearing in closets, and a 1/2000 chance of appearing behind numberless doors. When this entity does appear, it serves as a mere jump-scare and does no damage to the player. The more closets that you open, the more likely that Jack is to spawn behind one of them.

Once Jack disappears, the closet or room it appeared in will be enterable again.

Another basically harmless entity is Timothy, the hiding and jump-scaring spider. Each time that you open a drawer, there's a 1/200 chance of being jump-scared by Timothy, who will jump onto the player's screen, take 5 HP, and then disappear.

Related: Where to find Siren Head in Roblox Brookhaven

Glitch will only attack in multiplayer servers—if you're playing alone, there's a 0% chance that Glitch will attack you and deal damage. In multiplayer servers, Glitch only attacks those who stray away from the group, taking away 10 to 40 HP and teleporting them near the other players. If everyone on your team stays together, you shouldn't have to worry about running into Glitch.

Update: A patch has been added that makes it so that Glitch will appear in solo servers if the experience itself fails to load the next room. Before this patch, users who encountered this bug while playing would be forced to end their run, losing all of their progress and leaving the server. Now, with the new update, players who encounter this bug are instead met with Glitch and teleported a few rooms ahead to try and combat the bug. When this happens, you shouldn't lose any HP.

Eventually, walking through a numbered door within the ranges mentioned above will cause Seek to manifest from a pile of slime on the floor. After a brief cut scene, Seek will begin chasing players down a long hallway and through multiple doors. As you run, keep an eye out for white sparkles—these will direct you along the correct path.

During this running sequence, there's no need to use C or Shift to crouch—if you approach a path that requires you to crawl, your character will do it automatically. Also, during this sequence, avoid the fallen chandeliers and slime-covered hands, touching the chandeliers will take 40 HP, and the hands will kill you automatically. If Seek catches up to you, you will also insta-die, so look out for those sparkles!

Once you reach the end of the final hallway and enter the next room, the door behind you will close in Seek's face, trapping it outside.

Likely the hardest entity to avoid, Figure is a blind entity that uses its incredible hearing to detect nearby, and sometimes even far away, players. To survive Figure, crouching and moving slowly is crucial. Players will encounter the Figure twice, once in room 50 and again in room 100. If players are attacked by Figure, they insta-die.

If you notice Figure coming toward you, hop into a nearby closet, if you can, and hide. As it approaches, a QTE minigame will appear on your screen that requires you to either click or press a pattern of specific buttons in a short amount of time. If you complete this minigame successfully, Figure will leave the area, giving you time to make your escape.

That's it for our guide on how to survive every monster/entity in Doors! Be sure to keep an eye out on the Roblox section of PGG regularly, as we'll be posting more guides on this experience soon, including how to complete levels 50 and 100.

Looking for more Roblox content? Check out some of our other guides on Roblox horror experiences including Roblox 3008 Beginner’s Guide | 3008 Tips and Tricks or How to get every Lantern in Roblox The Mimic here on Pro Game Guides!

Roblox Doors Walkthrough – All monsters and how to survive them