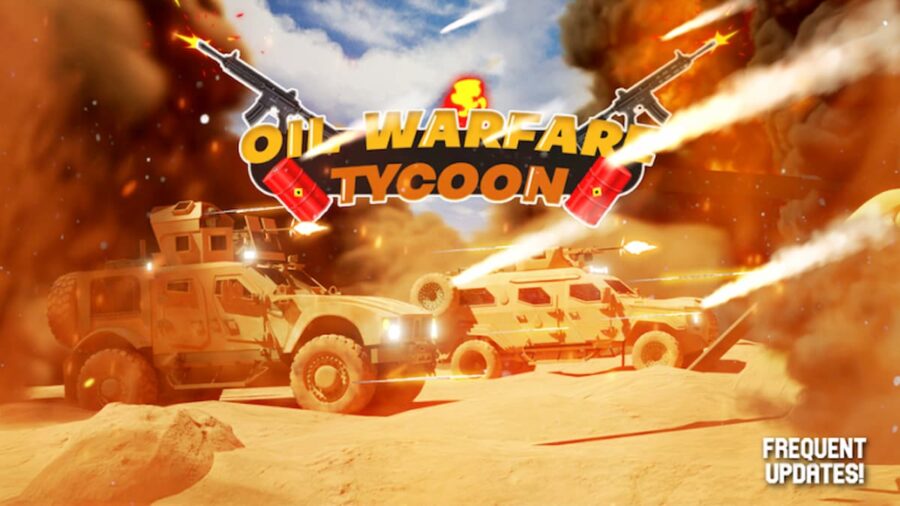 If war with high-powered vehicles is interesting to you, then Oil Warfare Tycoon should be right up your alley. Take control of powerful vehicles and a litany of weapons as you build up your Tycoon. While amassing a fortune built on liquid gold is enticing, doing so with an added boost never hurt. That's where Oil Warfare Tycoon codes come in.

The Pro Game Guides Roblox Oil Warfare Tycoon Codes list features codes that you can redeem for cash, boosters, and additional freebies. Take these boosts with you to the field to make short work of your competition.

Page updated. No new codes added this time, but we'll let you know when we have more.

Pro Game Guides regularly updates the Oil Warfare Tycoon codes list, as new codes appear intermittently. Try to redeem these codes as soon as possible to avoid expiration, as many codes in Oil Warfare Tycoon only work temporarily. The Pro Game Guides staff tested each of the codes below before publishing this article. If you find that any of the codes below expired, please let us know which one gave you trouble in the comment section.

Please enter the code exactly as it appears below to ensure it works. Failing to do so may cause issues!

Below you'll find each of the working Oil Warfare Tycoon codes.

To redeem codes in Oil Warfare Tycoon, launch the game and press the Twitter button located on the right side of the screen by the cash counter. Once you press the button, a secondary window will appear that allows players to input their codes into the text box. Carefully enter each code accurately and press the Confirm button to receive your free reward.

What do codes do in Oil Warfare Tycoon?

Codes in Oil Warfare Tycoon often give players access to more money or money multiplying boosters when playing the game. Players can use these resources to purchase more weapons and machines to aid them on the battlefield. However, if you're redeeming a timed cash booster, we recommend ensuring you have enough time to play and earn all of these bonuses.

What should I do if my codes aren't working?

If your codes aren't working in Oil Warfare Tycoon, we suggest copying them directly from this page, as making a mistake with even one of the code's characters can cause an error that won't recognize your codes. It should work without issue once you've carefully copied the code from this page.

What is Oil Warfare Tycoon?

Oil Warfare Tycoon is a title created by Green Titans Entertainment, focusing on using weapons and warfaring machines in a battle to claim resources faster than your competitors. Take control of various weapon types to outmaneuver or outpace your adversaries to become the most potent oil tycoon in Roblox.