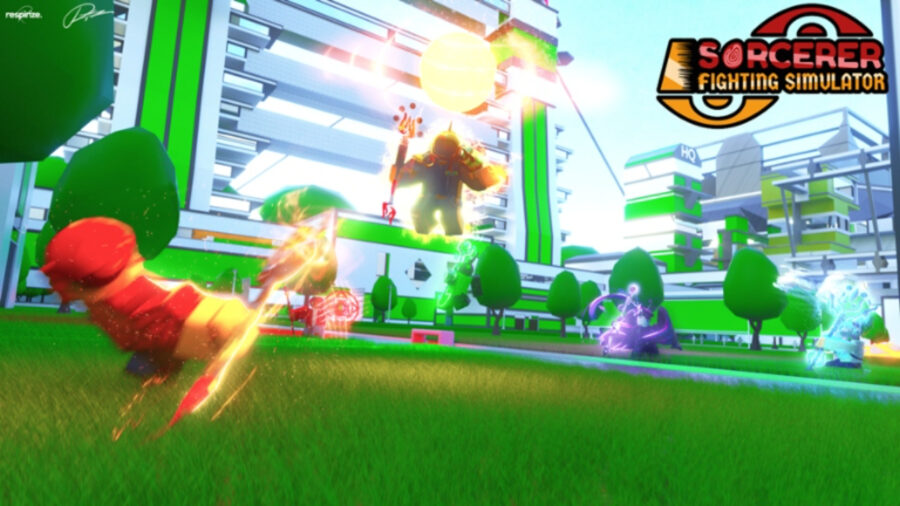 Sorcerer Fighting Simulator is a game that focus on combat, parkour, and magic. As you play the game, your goal is to rank up your character to become a powerful sorcerer that is capable of taking down any enemy brave enough to challenge you. In the game, you must acquire several different resources to increase your character and your stats.

To become a powerful sorcerer, you usually have to put in the time and extensive effort to train your character by completing quests and excersising their body and mind. However, you can give yourself a significant boost by using our codes list below! These codes instantly grant you basic resources like Mana and Gems or give you boosts to increase the rate at which you collect them!

If you find the codes list below to be helpful, don't forget we have a full list of Roblox codes for hundreds of other great Roblox games! You can find the most up-to-date codes for similar Roblox games like Wizard Simulator, Wizard Conquest, and World of Magic.

Here are answers to some of the most frequently asked questions about Sorcerer Fighting Simulator and common issues players encounter.

Redeeming codes in Sorcerer Fighting Simulator is a straightforward process. Simply load up the game and click on the Trophy Button in the bottom-left corner. This will open a Rewards page for you to enter codes. Enter the codes above exactly as written and click Submit to receive your rewards!

How do I upgrade my stats with Mana in Sorcerer Fighting Simulator?

There isn't much use for the Mana these codes provide if you don't know how to use it! The user interface in Sorcerer Fighting Simulator takes some getting used to, so there may be confusion in how to use mana to upgrade your stats. To do so, press the Character button on the left side of the screen, then select Stats in the sub-menu. In this menu, select the Stat you want to upgrade and press Upgrade to increase the rate.

How do I get new powers with Gems in Sorcerer Fighting Simulator?

Stats and Powers are the bread and butter of your path as a Sorcerer. To get new powers, you must have enough Gems to purchase them, which should be easy when you use the codes above. To purchase new powers, press the Character button on the left side of the screen, then select Powers in the sub-menu. In this menu, select the Power you want to purchase and press Level Up to increaes it to the next level.

What is Sorcerer Fighting Simulator?

Sorcerer Fighting Simulator is popular Roblox game that masterfully combines elements of magic, combat, and parkour into one game to create an intense battle experience for its players. You can master the art of evasion and attack from both melee and ranged distances to prove your combat prowess and leave your opponents in the dust. As a simulator game, it also tasks players with the addicting challenge of grinding your way to notoriety—but in the most physically active and magical ways possible!