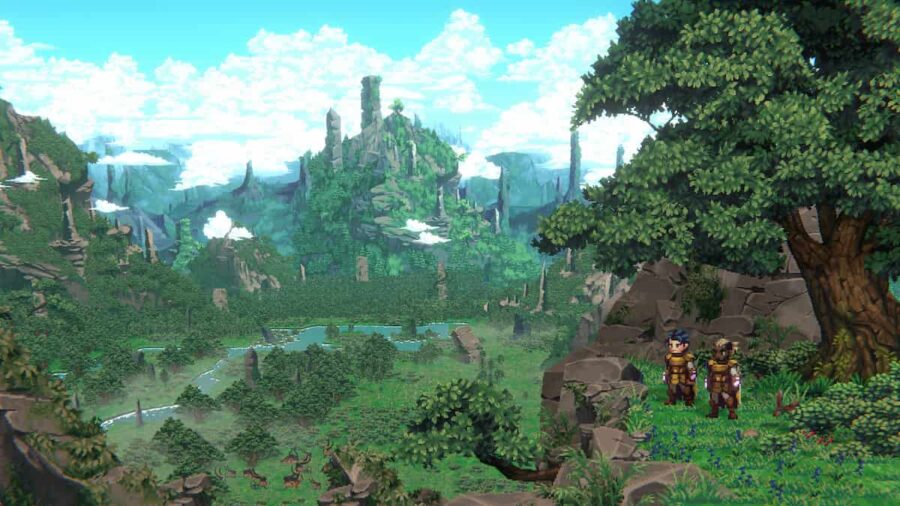 Sacrifire is a modern JRPG-inspired game with a unique battle system being developed and published by Pixelated Milk. The game allows players to explore a unique world where 2d Sprites are placed in a 2.5D to 3D world.

Everything we know about SacriFire

In SacriFire, players must travel between two worlds while fighting powerful monsters, engaging in dynamic battles, and following a compelling story. The game is heavily influenced by JRPGs but aims to subvert the player's expectations by containing many genre-bending twists and turns. The voice acting also appears excellent, which is uncommon in JRPGs of this type.

What is the release date for SacriFire?

SacriFire will release on PC in 2023, but there is no word about the other consoles it will port to later. This is a Kickstarter game that was originally intended to be PC exclusive, so it makes sense that the PC version would take priority.

Related: What is Routine? Release date, platforms, trailer, and more

What platforms will SacriFire be on?

SacriFire is coming out for multiple different platforms, so anyone can play when it releases. All platforms are shown below:

The most recent trailer for SacriFire is from IGN Expo 2022. The trailer showcased an interesting world with spectacular voice acting and just the right amount of combat.

For more games from the Summer Game Fest, check out What is Goat Simulator 3? Release date, platforms, & more! here on Pro Game Guides!