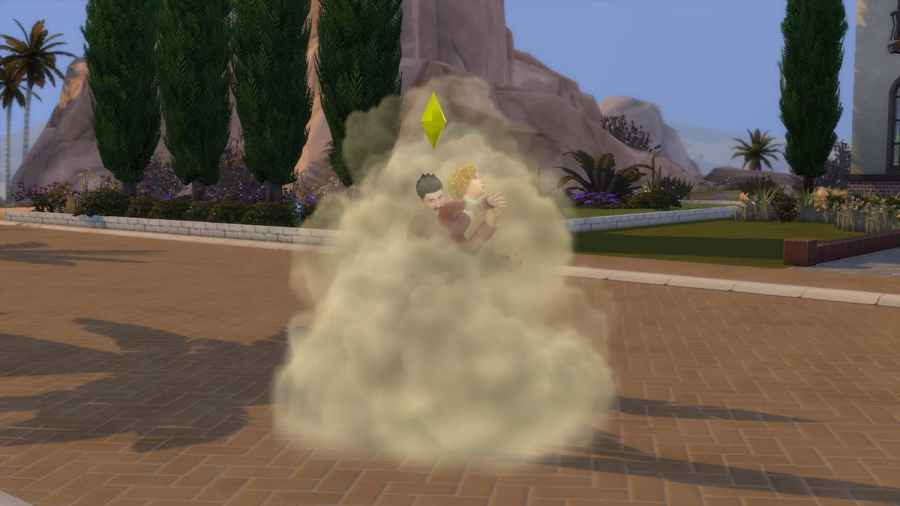 From poor character creation, strange bugs, or general suckiness, some of the characters in the Sims 4 are just duds. Whether you're looking to create a new kind of challenge or are wondering which sims to avoid, we've created a list of the absolute worst of the worst in the Sims 4 universe.

Finally, Eliza Pancakes comes first in something. She might have the materialistic trait, but you wouldn't be able to tell based on her terrible fashion sense and preferred decor. Even though the majority of her time is spent complaining to anyone who will listen, you can't help but pity her just a little bit because she has to spend her days married to Bob Pancakes.

This man has it all if you consider a gloomy slob who hates people a catch. Considered the "most least interesting sim in the world," Bob Pancakes wouldn't even try to put up a fight with you. His strongest fighting trait is that he's so boring that you wouldn't want to be in the same room as him, just in case he tried to talk to you.

Don Lothario, but specifically in The Sims 4

In previous iterations of The Sims, Don Lothario's dalliances between the entire Caliente family and Cassandra Goth made him famous from Strangetown to Veronaville. In The Sims 4, however, Don Lothario has changed. This is because instead of trying to seduce Nina and Dina, he's living with them as their stepdad. He's still a serial romantic, though, which makes the vibes even weirder. No matter how you look at the situation, it's creepy.

Wolfgang Munch thinks he's a super cool bad boy, but it's pretty easy to see that he's hiding behind a mask of false bravado. This isn't out of the ordinary for teens, especially when you come from a family like the Munch's, but Wolfgang Munch doesn't grow out of this phase. He remains a bully when he turns into an adult, and, as we all know, sims who don't experience character growth deserve to be beaten up. At least he thinks he's good at chess.

Honestly, the entire Landgraab family just sucks. Aside from essentially owning the entire world and turning off your sim's access to electricity on a whim, the Landgraab's are especially cutthroat regarding their own family image. No one in the Landgraab family acknowledges Johnny Zest anymore because he was disowned when he dropped out of school to become an entertainer. Even though he lives close to them, everyone pretends he just doesn't exist.

Nancy Landgraab is slightly more terrible than everyone else because she has the terrible habit of showing up at every community lot in her awful velour tracksuits, judging everyone who dares to come within her eyesight.

This is one of the more controversial choices, but he's just so smug about wanting to save the environment that it's almost impossible to become friends with him. If you do manage to form an uneasy acquaintanceship, he'll begin to drop by under the guise of having gifts (he doesn't) and then asking to hang out (but not talk to you).

Materialistic, self-assured, and a glutton, Eric Lewis is one charisma point away from starting his own Simlish version of a Ponzi scheme. Even though he's not nearly one of the worst characters on this list, Eric Lewis gives off major "has a secret online personality" vibes.

This man canonically murdered his wife, and anyone who dares to approach Bella Goth with malicious intent can never be forgiven. The Sims 4 might be on a different timeline than the other iterations of the sims, but every now and then, he'll look at Bella, and you can catch a gleam in his eye that's more murderous than loving. Don't trust him.

He might be a vampire, but that doesn't mean he needs to show up and creep everyone out on the second night of every playthrough. While his fashion style is impeccable, the bad manners and flagrant disregard of the first rule of vampire society (you must first be invited inside before draining a sim of their blood) means that Vlad needs to be taken down.

Kado has the audacity to be married to someone as completely stunning as Jenna Akiyama and then turn around and hit on literally anything that moves. It's rare that you'll play the Sims and don't notice this man trying to step out on his wife, whether by flirting with your sim or someone else in the near vicinity.

Finally, Darren McMillian and Ian Moody are included as honorable mentions only because they are absolutely perfect, and it's completely evil that they die of old age so early on in any play through.

Looking for more Sims 4 content on Pro Game Guides? Check out How to Study Opponents in The Sims 4.

Sims 4 characters I would personally fight