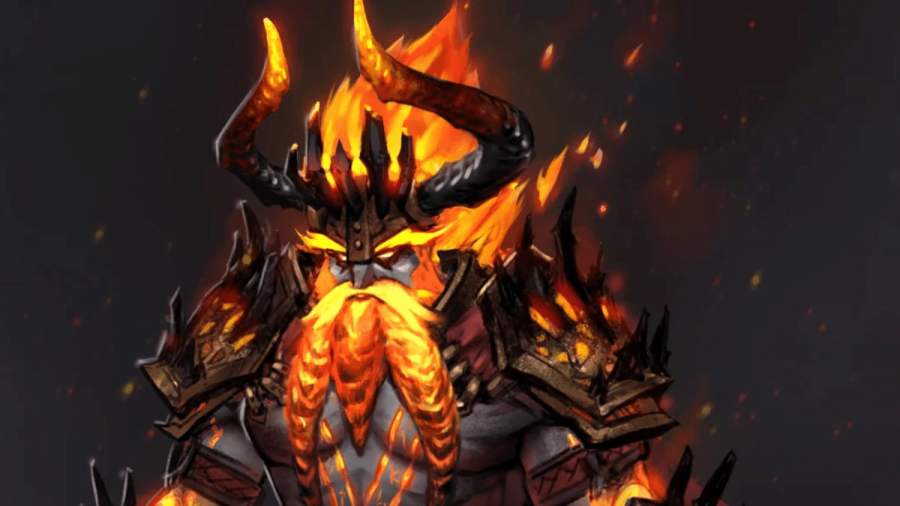 Since the earliest days of Smite, Surtr, better known as the Fire Giant, was the strongest monster in Conquest. Hailing from Muspelheim, Surtr enters the Nordic pantheon in Smite as a Warrior. Destined to beat Freyr in Ragnarok, Surtr is a fire giant hellbent on unleashing fury on the opposing gods. This guide will help you build Surtr to best complement your team in Smite.

How to Build Surtr in Smite

To build Surtr in smite, you should consider his position, which will be the Solo lane. Thanks to his tankiness, he will be able to rival even Cthulhu as the best Solo lane god in the game. The relic you should take with him is Teleport Fragment which will increase his staying power in the lane and shorten the time spent in the Fountain.

The list below describes the optimal way to level up Surtr when playing Smite Conquest.

This build requires you to max out Surtr’s first ability, Flames of Muspell, before everything else. Emberwalk should be next, and by reaching level 14, you should have it maxed out. The remaining Giant’s Grasp should be following, ending with the fifth point on your ultimate ability by the time you reach level 20.

Best Items for Surtr in Smite

Surtr is best suited for Solo lane when playing Conquest, and his items should reflect that. He allows for aggressive play, and to out-farm your opponent, getting a Bluestone Pendant for additional physical damage is a good idea. Alternatively, you can take the Warrior's Axe for a little bit of lifesteal, which will increase your farming time and the time you spend in the lane to get an additional edge over your opponent.

Consider the opposing team and their damage type for your main item build. You should be at the forefront of every team fight and expect to be focused while you're in the thick of it. Your primary focus should be to get tanky items to increase your survivability in the beginning. If your opponents have primarily physical damage output, consider the following items:

If the enemy team is mage-heavy and focuses on magical damage, the following items will serve you better:

Consider the last three items from each build when you feel you have enough protection to resist the enemy focus and can hold your own and survive. Depending on the particular matchup that you're playing and your playstyle, you may have different experiences every time. Find the build that suits you best. Some basic rules for any other warrior will still apply for Surtr. For example, if you feel you need to have anti-heal, Pestilence or Contagion are viable options.

Looking for more help in Smite? We got your back! Check out Best Solo Laners in Smite and Best Junglers in Smite here on Pro Game Guides!