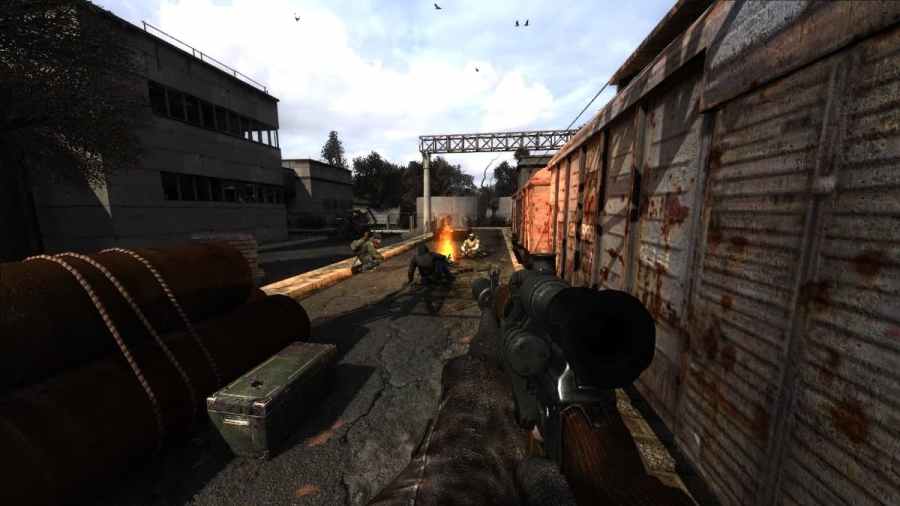 Stalker Anomaly is a cult classic among the larger STALKER overhauls mega mods, so it's no wonder why some would want to play the game with friends. However, if you were wondering if STALKER Anomaly could be played with friends via a multiplayer mod, the answer is no. In short, no STALKER mods currently provide multiplayer to any of the three original games, let alone STALKER Anomaly.

The reason for no multiplayer mod is due to the engine being unable to handle it, which is not surprising because the original STALKER engine can barely handle being a single-player game at times. This is because of the countless bugs and unnerving glitches that can occur depending on how unstable a mod/base game is. But, despite engine instability, a STALKER multiplayer mod is actually allegedly in development.

Related: How to repair weapons in Stalker Anomaly

The Mod is called Ray of Hope and first appeared on Modb and other sites around 2018. Since then, there have been a few updates showcasing the mod and its features. However, the Ray of Hope mod appears to be abandoned, as there hasn't been another update for a while (one year, to be exact). Because of this, we don't recommend getting your hopes up for a STALKER multiplayer mod soon until an entire team of developers picks up the mantle of development.

For more on STALKER games like Anomaly or STALKER 2, we at PGG have you covered with Stalker 2 opening gameplay cinematic revealed at Xbox Games Showcase Extended 2022 and How to install Stalker Anomaly mods

Can you play STALKER Anomaly multiplayer with a mod?