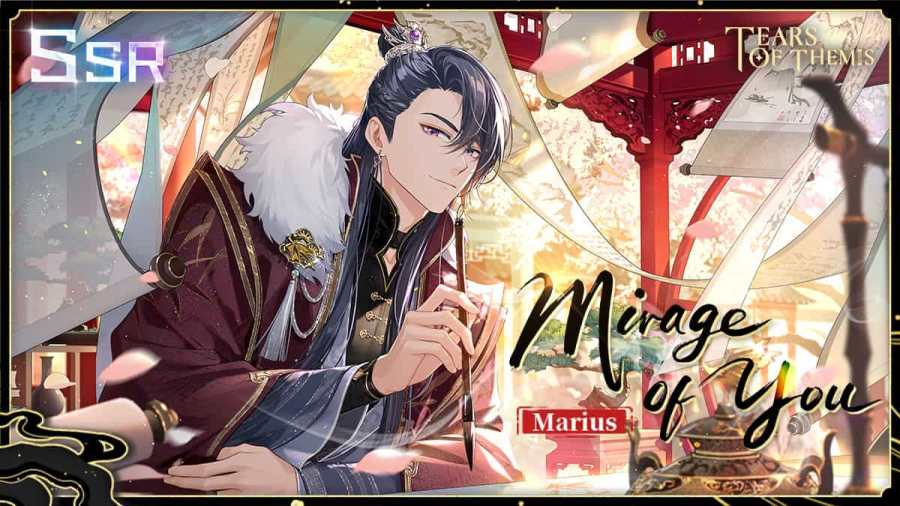 The Tears of Themis Blizzardous Threads of Red event runs from January 12, 2023, to February 2, 2023, and is open to all attorneys who have completed the X-Note Main Story 2-28. After completing the event tutorial, you'll be able to explore the Villa Courtyard, which houses a building called the Bright Pavilion.

Inside the Bright Pavilion, you can explore four rooms to collect Artifacts, Silk Pouches, and more. The first room is called the North Wing. After completing it, you'll unlock the slightly more difficult South Wing.

In the South Wing, you can get the following collectibles:

This walkthrough will show you an exact path to follow. As there are no mini-maps, we recommend following this guide from start to end to avoid confusion. But you can collect the items in any order—just make sure to leave one Scattered Note for last to not get kicked out of the room prematurely.

Next, switch to Rosa's side. Now that the gate is open, head north until you reach a dead end. Interact with the switch to open a gate on the male lead's side. We'll leave that open for later.

Next, head west until you reach an intersection. You must go north, where you'll immediately spot the Scattered Notes in front of the Candlestick. Don't forget to pick them up!

Next, head all the way down south until you reach a dead end. Turn right—after a few steps, you'll find a switch. Interact with the switch to open another gate on the male lead's side. Park Rosa at the nearby Candlestick to prevent your stamina bar from depleting.

Now we need to switch back to the male lead's side. Since the gate has been opened, head south to find a huge room. Then head to the westernmost part of the room (ignore the furniture, they are not dead ends), where you'll find a small space with Scattered Notes on the ground. Pick them up to proceed.

Next, you need to head back to the larger part of the room, so turn right by a few steps until you're in the living area. Then head south until you reach a dead end (you should be standing beside a plant at this point). Turn right until you reach another dead end. But this time, there's a switch—interact with it to open a gate on Rosa's side. We'll deal with that later.

Above the switch, you'll find a sparkling plant. Interact with it to get the second Silk Pouch.

Back to Rosa's side. From her parked spot, turn left and go south until you reach the corner of the wall (second picture above). From there, there's a narrow entryway that will take you further west, so follow the path. Then go north until you find the sparkling chest. Interact with it to get the Key called Equinox Silver Coin.

The last part is easy—just go all the way down south, where you'll find the last Scattered Notes. Pick them up to exit the South Wing. You'll also unlock the next room, the East Wing.