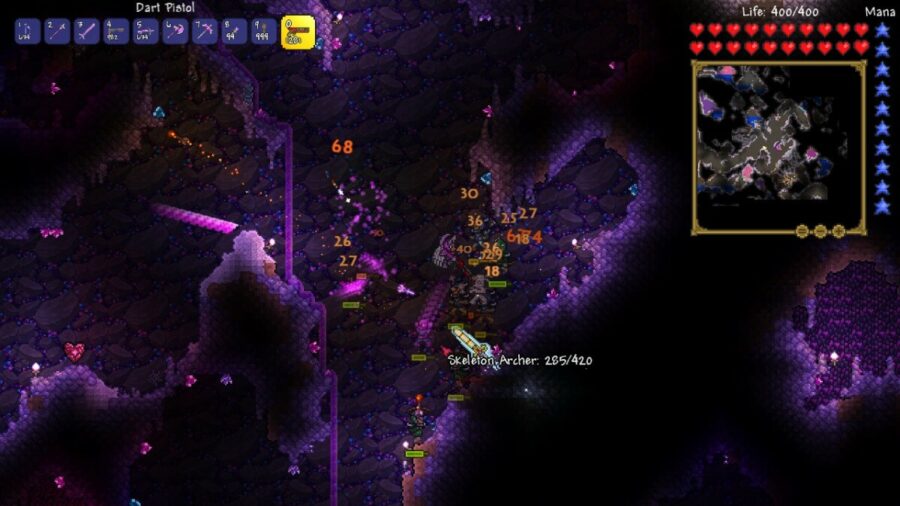 Ectoplasm is required to make a number of items in Terraria, so here's where exactly you can locate and get it in the game.

Where to get Ectoplasm in Terraria

To get ectoplasm, you will need to find and kill enemies called dungeon spirits that are found wandering the vast dungeon biome underground. Along with this, both the creature and its biome only spawn in Hard Mode, so we highly suggest bringing your best weapons and armor when you go farming—you don't know what else could be down there.

We also recommend that the armor you bring down there be at least hallowed armor, as it has high defense and will provide you with a decent holy protection buff. That said, to make this armor, you will need Hallowed Bars, which are only dropped from the following bosses upon beating them.

Killing one of the bosses above will get you hallowed bars. However, you will still need at least a Mythril Anvil or Orichalcum Anvil to make the armor—you will also need a total of 90 hallowed bars.

Related: How to stop corruption in Terraria

Once you get the armor made, you will be set to go dungeon spirits farming inside the dungeon biome, and when you gather up some ectoplasm, you will be able to craft specter bars.

These bars are a unique material needed to make several specter-tier items such as the Spectre Hamaxe, tools, and even a set of armor.

However, it's worth noting for some of these items, you will also need to find and craft Chlorophyte Bars, which can be found in the underground areas of the jungle biome.

For more on Terraria, we at PGG have you covered with guides like How to Make a Cell Phone in Terraria and How to get Life Fruit in Terraria.

How to make a Teleportation Potion in Terraria