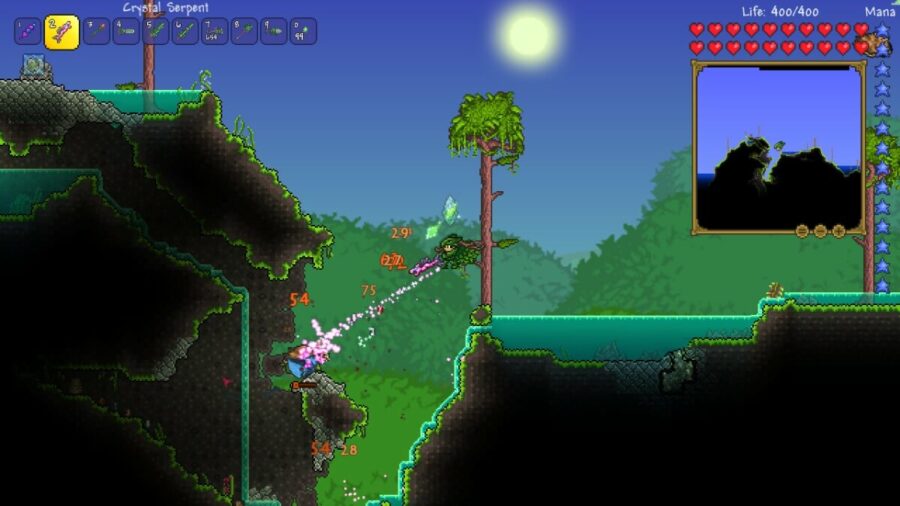 A teleportation potion is handy for transporting your character to another location quickly and easily, so here's what you will need to make and get it.

How to get a Teleportation potion in Terraria

Starting with the bottled water, you will need to get it for the base of the teleportation potion, and you can get bottled water by making a bottle with two glass in a furnace and using it on a water source such as a sink. After that, you will then need to get a chaos fish, which can be found in the unground hallow biome when fishing.

Once you got the chaos fish, move on to the Fireblossom, which you will need to find on ash blocks in the underworld biome and cut them down with any tool or weapon.

When you have all three materials, you will then need to use either an alchemy table or placed bottle, depending on your platform to make it. If you want an alchemy table, you will need to explore the dungeon biome to find it, as it doesn't have a crafting recipe. But unlike the table, a placed bottle can be made easily with just a bottle or vase when placed on furniture such as a shelf.

That said, once you got either of these crafting stations placed down, you will be able to make a teleportation potion. However, before using the potion, you should note that it will generally send you to an unmapped part of your world. So if you are making it as a means to get back home, you will need to make a recall potion instead. You can make a recall potion with the following materials.

For more on Terraria, we at PGG have you covered with guides like How to stop corruption in Terraria and How to get Ectoplasm in Terraria