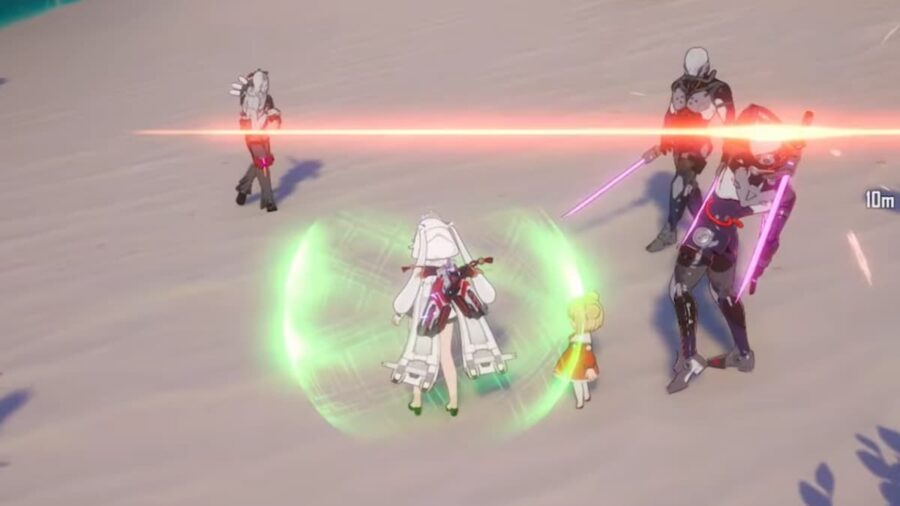 Tower of Fantasy allows players to mix up their gameplay using a plethora of weapons and unique gadgets. These gadgets are known as Relics, and they can aid you in both combat and traversal. When battling a group of enemies, it's not possible to dodge every attack coming your way. Therefore, it can be useful to have a deployable shield that not only negates damage, but also returns damage to enemies—and that's what the Couant does. In this guide, we'll tell you how you can unlock the Couant Relic in Tower of Fantasy.

How to unlock the Couant Relic in Tower of Fantasy

Related: How to get Colossus Arms in Tower of Fantasy

In order to efficiently explore regions of the map, we suggest activating all Spacerifts that are located in the region. Activating Spacerifts will not only grant you exploration progress points, but will also allow you to teleport to locations quickly. Exploration progress points can also be earned by activating Omnium Towers, clearing Ruins, interacting with Scenic Points, and by opening Supply Pods.

How to use the Couant Relic in Tower of Fantasy

The Couant is an SR Relic that can be deployed to trigger a shield around the player. Upon taking damage, or after a certain duration, the shield will explode and deal damage to all nearby enemies. If the shield is attacked within one second of deployment, the blast will also stun enemies for two seconds. The Couant is beneficial when battling enemies with strong attacks, especially in PVP game modes. Advancing the Couant will grant bonus effects like slowing enemy attack speed, increasing final damage output, and increasing the player's movement speed. At Advancement level five, it gains an additional effect which reflects 0.6% of damage taken back to the attacker. This reflective damage is triggered when the shield breaks, and last for five seconds.

Wondering how to get laser beams to help you in combat? Check out How to get Hovering Cannon in Tower of Fantasy, right here on Pro Game Guides.

How to get Couant in Tower of Fantasy