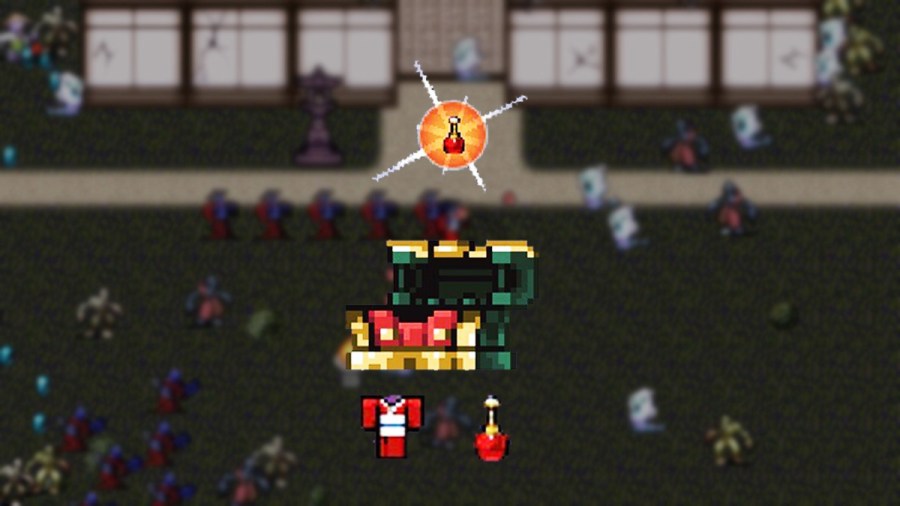 The Vampire Survivors Mirage Robe is one of the most difficult things to unlock in the new Legacy of Moonspell DLC. After completing a series of lengthy tasks to obtain it, you will then be able to evolve the weapon into its powerful J'Odore upgrade by combining it with a specific item.

How to evolve Mirage Robe into J’Odore in Vampire Survivors: Legacy of the Moonspell

The Mirage Robe can evolve into J'Odore after it's been combined with a max Magnet passive item. In order to trigger the evolution, you will need to first get your Mirage Robe to level 8 and your Magnet to level 2. Once both items have reached their top ranks, you will be able to combine them by finding the J'Odore evolution in a random chest drop.

Related: How to evolve Summon Night in Vampire Survivors: Legacy of the Moonspell

How to get Vampire Survivors Mirage Robe

The Mirage Robe is unlocked after you survive 15 minutes in a run with Babi-Onna. Although you will automatically be given access to the weapon after obtaining the new character, you will need to make it to the half-way mark in a run to add it to your weapon pool permanently. If you don't have Mirage Robe, you will need to first unlock Babi-Onna by completing the tasks that are explained below.

How to unlock Babi-Onna in Vampire Survivors: Legacy of Moonspell DLC

Unfortunately, Babi-Onna is more of a late-game character in the new DLC, so you will need to invest quite a bit of time to obtain her. You will not only need to unlock several characters first, but you'll also need to evolve a handful of weapons before she becomes playable. Below are the full steps that need to be completed to unlock Babi-Onna and her weapon Mirage Robe.

Evolving Mirage Robe into J'Odore will unlock McCoy-Oni as well, which will give you access to the new Vampire Survivors weapon 108 Bocce. Both the Mirage Robe and J'Odore can be buffed with the X Beginning Arcana. If you choose the card at the start of the run, your character will be able to throw out more mirages of herself.

How to evolve Mirage Robe in Vampire Survivors: Legacy of the Moonspell