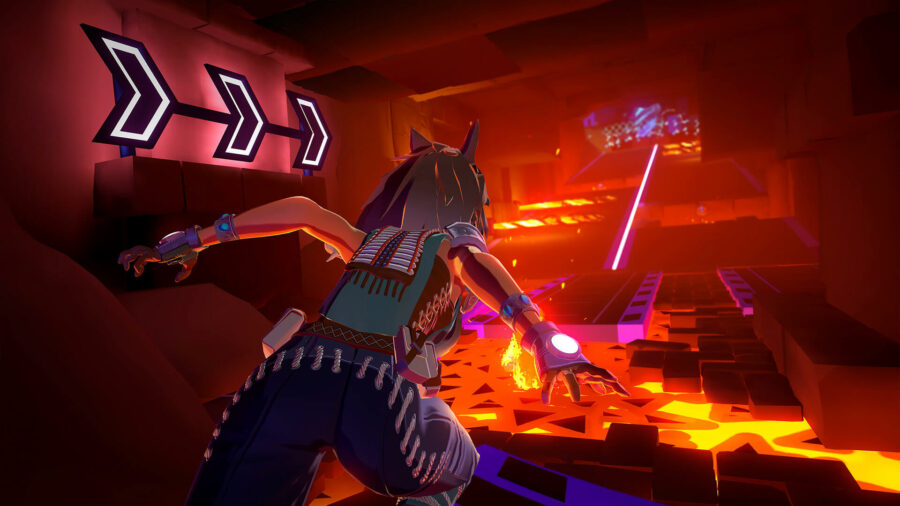 Are you a VR gamer with a competitive itch? Then you're in luck, as there are tons of VR sports games to choose from. Whether it's immersive sports that were simulated from real-life or unique games only possible in VR, these are the best VR sports games to compete against your friends.

Check out this full list of the best VR sports games to play solo or with a team.

Dash Dash World brings classic kart racing to virtual reality. From full-hand driving to unloading weapons on competitors, the player is in full control of the game mechanics. You can race across 11 creative tracks against eight friends in complete Mario Kart fashion, or you can play offline in an engaging story mode.

Who knew ultimate frisbee would be even better in zero gravity? Ready at Dawn knew, that's who. Echo Arena translates the Lone Echo mechanics into a competitive game where two teams hurl discs into goals for points. You can also knock into opponents to steal the frisbee from their grasp. This game has developed a large enough community where it has become a dedicated VR esport.

Hyper Dash brings the familiar Call of Duty team-based arena shooter into VR. Mobility is emphasized with features like quick teleportation, dashing, sprinting for fast-paced combat. Game modes include Payload, Domination, Control Point, Deathmatch—all of which can be remixed with special Mutators.

Someone had to bring battle royale into VR, and studio Big Box proved up to the task. Like most battle royale games, players squad up and fly into an arena to compete for the last man standing. You can build cover to hide behind, but one of the coolest features is the climbing mechanic. It's genuinely tiring climbing up a tower in VR, but owning the high-ground makes it well worth the workout.

Did you know you can launch a full bowling alley into your home from your VR headset? Premium Bowling simulates realistic bowling physics that will trick your mind into thinking you're holding the real weight of a bowling ball. You can play against friends for a fun, chill hangout or you can play solo, competing against your own high score.

Brand new sports games exclusive to VR were bound to happen, and Sparc leads the charge. Part Tron, part Pong, two players face each other on either side of a narrow arena, hurling a ball at the opponent. The objective? To trip up the other player and shoot the ball in their net. Full-body gaming experiences are only possible in VR.

Sprint Vector simulates fast and fluid obstacle courses into a VR sport game. Courses are colorful, creative, and challenging, ensuring you feel like the Flash speeding toward the finish line. Even better, unique characters serve as fun mascots to choose from, which personalizes the experience. This game is even more enjoyable when racing against friends.

The Thrill of the Fight

Ever wanted to scrap with your best friend but not actually hurt them? Then hop in the virtual ring and strap on those boxing gloves. The Thrill of the Fight is one of the most immersive boxing games in VR where your full body and playspace are put to use. Multiplayer isn't yet available, but it is promised as a VR sport feature in The Thrill of the Fight 2.

Topgolf with Pro Putt brings everything you love about the physical venue into a VR sport game. Not in the mood to go out with your friends? Then convince them to throw on the headset and swing some virtual golf balls at a target. Moreover, you and your friends can hop into mini-golf putt putt matches if you're looking for extra competition.

If you're interested in more VR Top Ten's, check out our list of Best VR Games (2021) on Pro Game Guides.

How to invite friends to your game in SURV1V3?