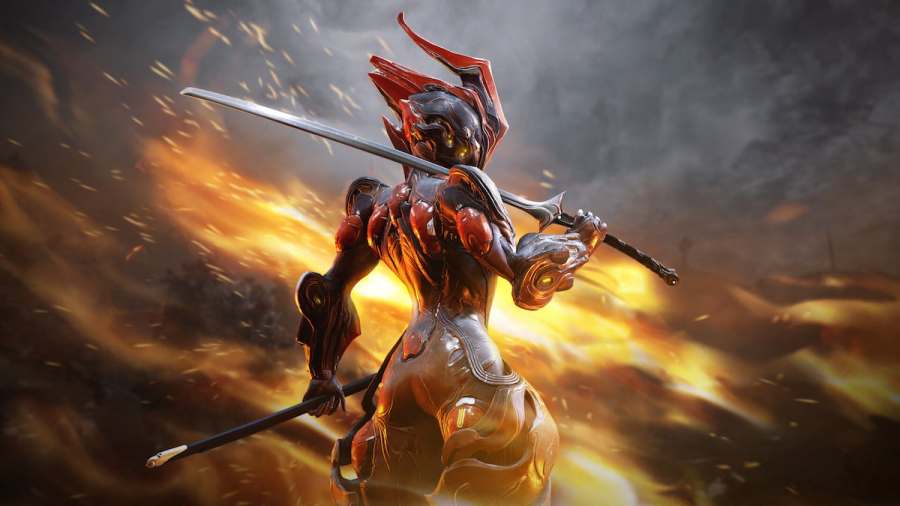 With the release of the Echoes of the Veilbreaker update, Digital Extremes has offered a new package associated with the Ember Warframe. But is the $10 pack worth the cost in the long run? Here's whether or not you should buy the Ember Starter Pack in Warframe.

Contents of the Ember Starter Pack in Warframe

Inside the Ember Starter Pack, you get the Ember Warframe, a cosmetic helmet for said Warframe, the Nikana melee weapon, 200 of Warframe's premium currency known as Platinum, and a bundle of mods focused on dealing heat-based damage. Quite the assortment of goodies.

Breaking down each item individually, purchasing Ember alone costs 225 Platinum, or roughly $10-15 USD, so right from the beginning, the value seems to be in your favor if you're interested in Ember. Next on the list is a cosmetic helmet for Ember. We don't think this has much value in the pack overall, but it is a nice helmet.

Then, you receive the Nikana melee weapon, a very solid early-game weapon but easily outclassed. Next, 200 Platinum. 200 Platinum is worth about $10 USD, meaning you're getting premium currency about equal to what you'd pay for it normally with this pack. Not bad.

Finally, the bundle of heat-focused damage mods. Digital Extremes did not mention which heat mods are included here, but we can infer that because this is a starter pack, there likely aren't any rare heat mods included. If this is the case, then everything this mod bundle offers is easily obtained by playing the game. It's best to treat this mod bundle as a bonus at best.

Should you purchase the Ember Starter Pack?

Everything this pack has to offer heavily implies it is meant for newer players to Warframe. Nothing in it is exactly exclusive, nor is there anything here that is difficult to obtain in-game. If you are interested in starting Warframe or have just started and want access to Ember early, this pack is extremely valuable. We recommend buying it for the generous cost of $10 USD. As mentioned, it costs more to purchase Ember alone than this pack, so it is a no-brainer if you want to own the Ember Warframe. And, on top of that, the 200 Platinum you get can help net you an additional Warframe or weapon. Great value.

For more quality content following Warframe, check out What’s new in the Echoes of the Veilbreaker update in Warframe right here on Pro Game Guides.

Is the Warframe Ember Starter Pack worth buying?