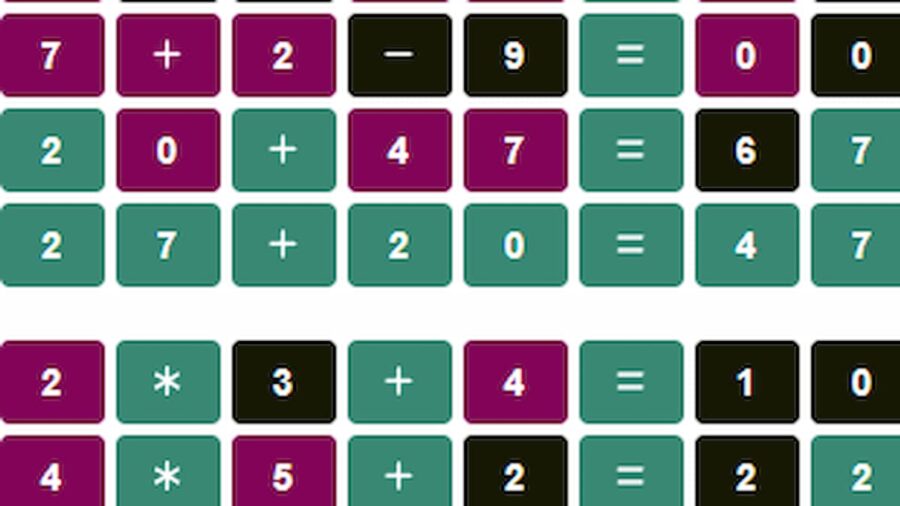 Fans of number games can check out the game called Binerdle. Inspired by the popular word game, Wordle, Binerdle asks players to guess a predetermined math equation. Similar to Wordle spinoff games like Duotrigordle and Octordle, Binerdle follows the template of a game titled Nerdle. In Nerdle, players are tasked with figuring out a math equation by making multiple guesses while Binerdle pushes brains to the limit, presenting fans with two equations to solve at the same time.

How do you play Binerdle?

In Binerdle, players must guess the correct equation in its entirety. This means that players need to figure out the math problem and its solution to get the correct answer. They can do this by inputting numbers and mathematical symbols and then hitting the Enter button. The game shows which inputs are correct and which are not.

Related: What is Worldle? - A Wordle Geography Game

Binerdle is extremely tricky because of the two puzzles that are happening simultaneously. A nice tactic is to try to focus on one of the problems at a time and then move on to the second once a correct answer is found.

Want to read about other games inspired by Wordle? Check out What is Cloudle? A weather Wordle game on Pro Game Guides!

What is Binerdle? A double dose of daily Nerdle