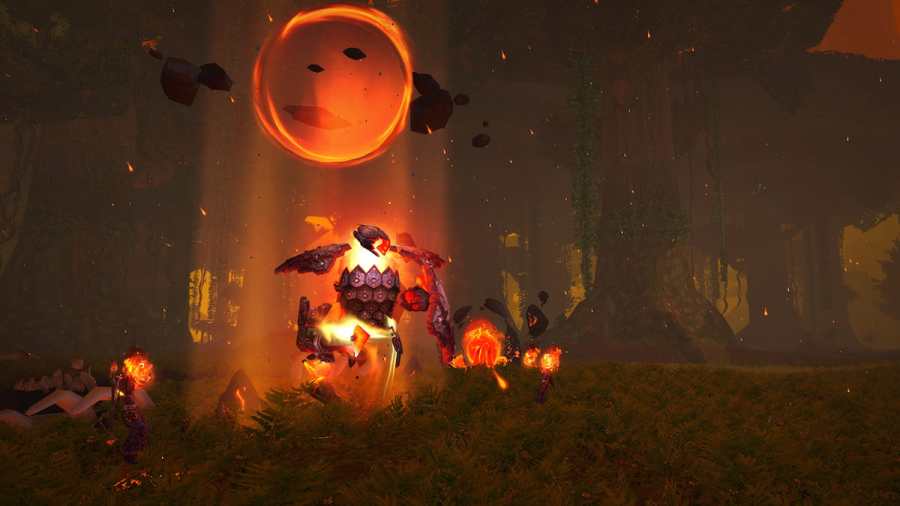 World of Warcraft players must combat the out-of-control elements across Kalimdor and the Eastern Kingdoms. But this effort won't be in vain, as there's plenty of incentive for adventurers to travel into hostile territory and battle these spirits alongside their rivals in the Alliance and Horde.

Pull open your map and check for special elemental icons spread across the world. They commonly appear in Un'Goro Crater, the Badlands, and the Barrens. Head there, find the swarm of players slaughtering the elemental spirits, and join in. It's as simple as that. Every so often, a boss will spawn that has a chance to drop some decent gear in addition to a lot of Primeval Essence.

One to 60 in four hours and 50 to 60 in an hour and a half. That's right. If you can find a way to get to these events and can tag enemies while everyone else burns them down, you can very quickly level up a character to the max and have them ready to explore the Dragonlands.

Related: How to get WoW Dragonflight Twitch Drops

Daddy Khadgar is back and has a quest to take on the primal spirits. But for your efforts, you'll nab some Primeval Essence. This Essence is also acquired from the mobs you'll be tackling during the event and can be spent at a special vendor in Stormwind and Orgrimmar to obtain iLvl 252 gear. So, not only can you very quickly level alts, but you can also get them geared to a respectable level.

But it's not all about leveling characters and gearing them up. You can also spend this Essence on other goodies. Complete Khadgar's quest for a special pet and join each element's (Earth, Fire, Storm, and Water) Dimmed Primeval Element to obtain the Unstable Elemental Confluence heirloom trinket. This snazzy little trinket increases the player's primary stat and has a chance to call upon primal magic to damage foes and buff allies. Finally, players can obtain the Against the Elements Feat of Strength for besting each element. Once the event goes away, so does this special achievement. So hop to it!