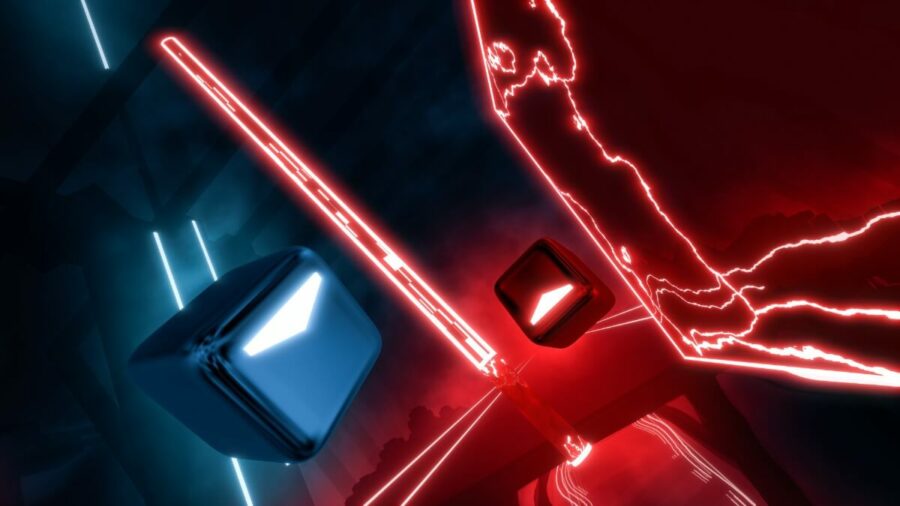 Beat Saber is one of the best VR games you can play right now. Many people buy the system purely to play Beat Saber. As of October 2021, it has a list of songs that seems pretty decent (since it was released a couple of years ago).

Each music pack released up to this point has been compiled here along with each of its author's credits. You can purchase individual music packs separately. However, not all of the songs are free. Every owner of a copy of Beat Saber has access to the Original Soundtrack, which is absolutely fantastic. The same can be said for the Extra tracks.

Panic! at the Disco Music Pack

Some of my favorite songs to play are, of course, most of the Imagine Dragons songs, as well as harder-sounding Skrillex songs. I also really love The Original Soundtrack composed by Jaroslav Beck. The fact that the expansions are still coming is awesome, and I cannot wait to see what else we will be able to play and master in Beat Saber in the future.

If you are a fan of Beat Saber, I recommend trying the songs listed above. You will also discover new songs that you might not be aware of, so it is well worth the time and money.

For more articles and lists on Beat Saber, check out How to get custom songs on Beat Saber or Linkin Park Beat Saber Music Pack Price & Songs List here on Pro Game Guides!