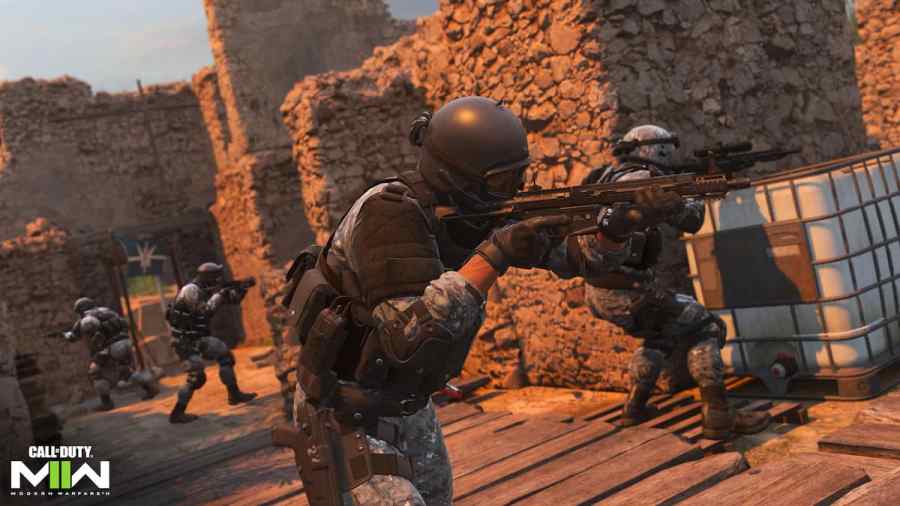 Every weapon type in Call of Duty: Modern Warfare 2 offers different possibilities on the battlefield. Depending on your playstyle, you can focus on long-distance sniping or mid-range assaults. But if you prefer close combat, your best choice is a sub-machine gun that can quickly eliminate opponents. There are currently nine SMGs in MW2, and here's how we've ranked them!

All SMGs in Modern Warfare 2 Ranked

MX9 will get the job done by shooting at enemies at close range. Then again, its time-to-kill is average at best, especially if you step into the mid-range territory. Having said that, MX9 is a solid option, but why bother when the game has eight better SMG options?

BAS-P is a nice SMG, but its strength is customization. This allows you to create a loadout that maximizes your skills. As with all weapons from the list, BAS-P is excellent at close range but can be a solid choice even at mid-range. It's one of those not-great, not-bad options, although it can become deadly if you add excellent attachments.

Minibak won't let you down in close combat if you don't enter the mid-range zone. Although this is an SMG, think of it as a shotgun, and you won't have issues with it. Of course, this can be problematic in some situations on the field, but in close quarters, few guns are effective as Minibak.

VEL 46 is all about speed! This is a terrific run-and-gun option where you want to surprise the enemy and eliminate hits fast. With the best VEL 46 loadout, this SMG can have a great TTK, but only if you're fighting at close range. Select this weapon for smaller maps where you can solve situations quickly.

Vaznek-9K deals massive close-combat damage but is also very useful from any range. It helps that it has a low kickback, which allows you to be more aggressive. Vaznek-9K has a very fast TTK if you meet specific requirements, specifically fighting at close range.

FSS Hurricane is a great all-around weapon, especially if you're new to the game. This SMG is very popular with MW2 players as it's very precise, has low recoil, and has a large magazine. That makes FSS Hurricane an optimal choice for every tactical approach. Its only flaw is that it's not as deadly as other weapons on the list.

PSDW-528 is essentially an MW2 version of FN P90. This tells a lot, as P90 is an immensely popular weapon in the Call of Duty franchise (and don't get us started with Counter Strike!). With an excellent PSDW-528 loadout, you'll get an SMG with a bullet velocity that can eliminate enemies before they can react. It's also moderately effective from the mid-range, with a solid-size magazine.

Lachmann Sub is one of the most famous Modern Warfare 2 weapons. This gun is inspired by a real-life Heckler & Koch MP5, one of the world's best SMGs. That said, Lachmann Sub is a great gun, as it has almost nonexistent kickback, great TTK (especially from the close range), and enough bullets.

Fennec 45 is maybe not as all-around as other SMGs from the list, but it comes to the top because it dominates in close-to-mid-range. It is bordering overpowered in these situations as it allows high mobility, a fantastic fire rate, and basically no kickback. If you play fast, look no further, as Fennec 45 is the best option.

For more information on CoD: Modern Warfare 2, check out the MW2 complete weapon list & how to unlock them on Pro Game Guides.