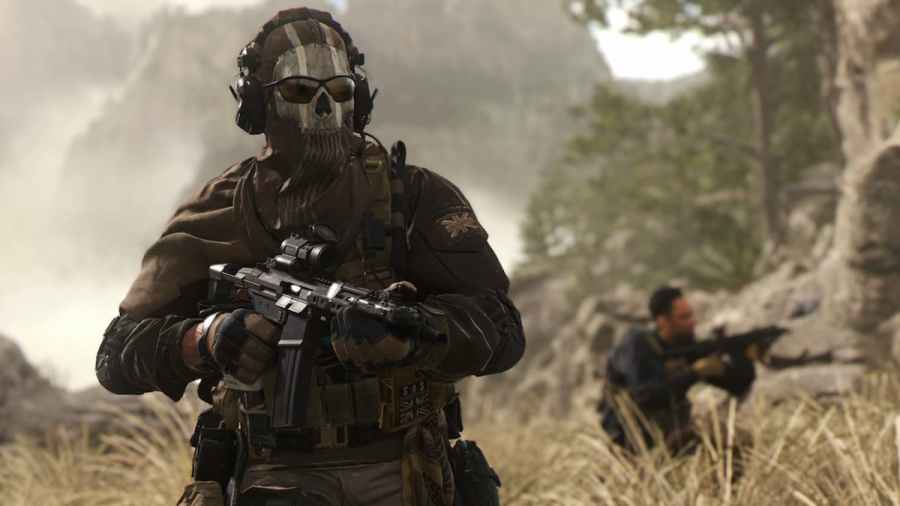 Call of Duty: Modern Warfare 2 is all about weapons, and there are many of them! As this game is about the contemporary period, all guns are realistic, which makes the immersive experience even better. If you're a CoD fan, you already have your preferences from the start, but you'll be surprised how some weapons can dominate if you choose to upgrade them. We've made an MW2 meta weapon tier list to make your choice easier.

There are a lot of weapons in MW2 with different loadout combinations. So it's perfectly normal to have a dilemma about which guns to focus on. These are the best weapons in Modern Warfare 2, so consider investing some time in loadout experiments to get the best gun for your playstyle.

You know what you're getting with Kalashnikov, or as MW2 calls it, Kastov 762. It's one of the best assault rifles in the game and the favorite of many CoD players. It has kickback, but that's what you would expect from AK-47, as it's not a laser weapon from Star Wars.

If you're good at sniping, you don't need to look further than Signal 50. This weapon has all you need to make opponents rage-quit, as it's fast, accurate, and deadly. It's arguably too easy to use this sniper, and much can be said about how fast you can reload. But, if you're the guy using it, this is closest to perfection.

TAQ-56 is an assault rifle you can count on, as it's very accurate because of the minimal kickback. This characteristic allows you to shoot more aggressively and dispatch enemies faster. It makes a lot of sense to tune this weapon and improve its effectiveness.

A Tier weapons in Modern Warfare 2

If you need a shotgun to blast your way to victory, Lockwood 300 is a great choice. This is the best option for close combat, as you don't need much skill to make a kill. That said, a more skilled opponent will try to take you down from a distance before you even start shooting.

Although it's not as an elite weapon as Signal 50, this is still a great sniper. Aiming is superb, so you'll feel like someone is helping you (maybe too much) to hit an enemy. Its slower firing speed places MCPR-300 a tier lower than Signal 50. It arguably gives a more realistic sniper feel, but that won't get you more kills.

Kastov 74u assault rifle tries to provide the best SMGs and ARs, but the result is mixed. You'll get that it's not that great at mid-range combat and not that efficient in close combat. It's a typical jack-of-all-trades gun that will give you flexibility when needed. So, do you need that, or do you prefer to focus on what particular combat style?

B Tier weapons in MW2

You won't win a speed contest with the Lachmann-762 battle rifle, but with it, you're getting a very efficient weapon that can take out an enemy with a couple of hits. Its recoil is almost nonexistent so you can focus on precise shooting. But the truth is, depending on what you need on the battlefield, you can get more efficient weapons.

Fennec 45 is the SMG with a very high rate of fire. Because of this, you'll feel like you're shooting from Uzi in some action movie. This means an ammo clip with 25 bullets will disappear in seconds, so try to make the best of it.

If you're an experienced sniper player, you don't need a great aim-assisted weapon as much as you'll value speed. This is especially true if you're skilled enough to play offensive and aim while moving. This way, you can rack up multiple one-shot kills, reminiscent of Counter-Strike sniper action.

Related: How to inspect weapon in MW2

Every first-person shooter fan fondly remembers the P90 SMG as it provides excellent mobility and precision, albeit at the cost of time-to-kill (TTK). It feels great when you shoot, but that doesn't mean much if you get blasted while dancing around a target. Pew, pew!

Sakin MG38 is a light machine gun that can be useful if you want to deal a lot of damage, acting like a turret. But burning ammo can only get you so far, as this weapon will slow you down and make you vulnerable. It may be a solid option for beginners who value firepower over precise strikes, but if you're skilled, avoid this LMG.

If you're nostalgic for those Call of Duty games set in World War 2, then you'll adore SO-14. This gun is maybe slow, but it is, on the other hand, inferior to almost every other weapon. This is a "better than nothing" option, so don't waste your time with it, and find a better option if you want to be successful in MW2.

For more information on Modern Warfare 2, check out Best Field Upgrade & how to unlock in MW2 on Pro Game Guides.