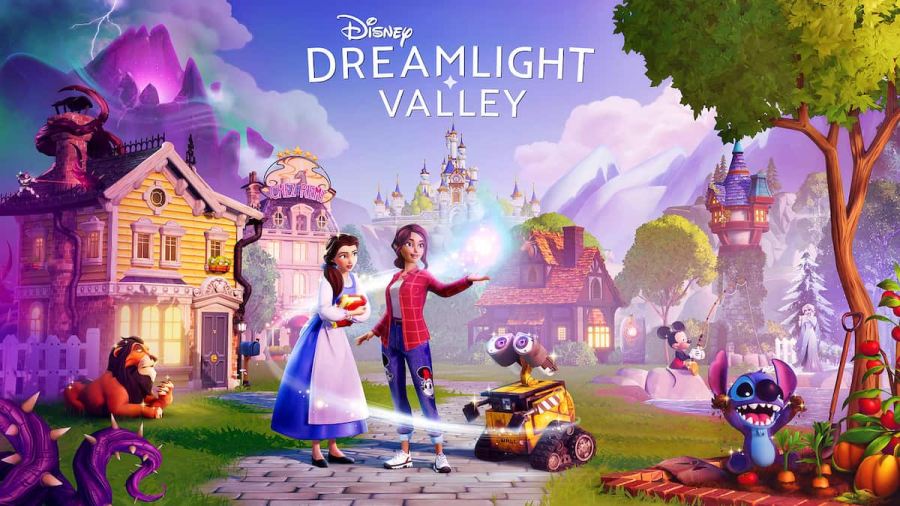 A portion of Disney Dreamlight Valley's appeal is remembering my childhood's wonder and simplicity. I can (however briefly) recreate the feeling of carefree fantasies, whole afternoons spent pretending I was Belle searching for The Beast. Another portion is creating diligently designed spaces that pay homage to these memories. And a third is sharing all of this with a larger community.

The Dreamlight Valley Reddit page contains players showing off a dress they created or unique spaces like a Hot Cocoa Corner or a Carnival. With each passing update, as more and more decorations, motifs, and characters are brought into the game, the opportunities for inventive inspiration multiply, and the community surrounding it grows.

Since the most recent update, Secret Missions in Uncharted Space, I can't help but notice other smaller, subtler changes that have also come to the Valley. For the first time, players could spend Moonstones, a premium currency, to instantly advance progress on the Festive Star Path. I used it myself to quickly play-test the solution for the A Home for the Holidays Village Dreamlight Task. The developers also advertised in their patch notes that Iron Ingots had been added as a purchasable item at Kristoff's Stall, suggesting that this would make crafting items for decorating less of a grind. They forgot that strict inventory caps were also added to Kristoff's Stall for everything he sells, effectively making the changes add to the grind rather than relieve it.

If Disney Dreamlight Valley continues on its previously announced path of a full, free-to-play release in 2023, they will likely be incentivized to continue to make "the grind" even more time-consuming. The Star Path could also become harder to complete, forcing players to play longer (or pay) if they really want that new Mickey outfit.

While they don't force you to purchase anything, free-to-play monetization models are notoriously predatory, searching for opportunities to take advantage of a quick shot of dopamine to your brain. Time-limited content and items, in particular, are a staple of the genre, as they both provide a sense of "achievement" for obtaining them and a fear of missing out on others.

In a free-to-play monetization model, a game is no longer the product, its player is. A developer's attention and incentive are almost always focused squarely on getting players to spend a little bit more money. I fear that with a free-to-play monetization model, the magic, creativity, and community grown around Disney Dreamlight Valley will take a backseat to more grinding, waiting, and paying.

We have somewhat of an idea of what Disney Dreamlight Valley will look like as a free-to-play game. The currently proposed monetization model on the full release includes an in-game store menu, separate from Scrooge McDuck's item shop. This shop will have premium items that "generally be cosmetic items such as special clothing or furniture."

There is also this note in the FAQ: "When the game is out of Early Access, we [Gameloft] will continue adding new characters and story content for free regularly." But they also add that "we [Gameloft] have plans to add paid expansions that will add significant content to the game. These optional expansions will add new content (including characters) to the base game."

Finally, Gameloft has stated in their FAQ section related to paywalls that "Disney Dreamlight Valley will not monetize any core gameplay mechanics." They then list examples of crop growth, recharging energy, and raising Friendship Levels. I hope this protection from monetization would also include time-locked content like the increasingly lengthened waiting periods for quests to progress (looking at you, Stitch). I'd also hate to see players spend money on refreshing Scrooge's store inventory, hoping to get another chance at a hairstyle that's eluding them.

Related: How to make Jam Waffles in Disney Dreamlight Valley

All of this information begs a larger question. Does Gameloft consider running back and forth to the Glade of Trust every thirty minutes to check for more Blue Marsh Milkweed, the core of their game? I believe the game's core is the creativity it allows you to display and share, which sounds like it will be heavily monetized.

To be clear, paying directly for cosmetic items and expansions is not what I consider to be the issue here. In that case, I'm at least exchanging money for a product, despite how transitory that product might be. The issue is when money makes items easier to obtain, negates time-gating, or allows you to skip other artificial obstacles, a la the Star Path. That's the point in a free-to-play model where players can be manipulated and pressured to play for longer hours, fork over the money or miss out.

I'm still enjoying creating my own unique spaces in Disney Dreamlight Valley. I love seeing the intricate designs that others share, the funny moments, and even the struggles of not catching a single Fugu during a thunderstorm. After months of playing, I'd still even say that purchasing the base Founder's Pack was worth my money. But I can't help but feel like the free-to-play path the game is headed toward will eventually spoil this. With each "limited" task and item the game presents, it feels less like my canvas and more like my chore list.

A strictly DLC or pay-to-expand model, without time-limiting, would at least allow players to choose the content they want. This would incentivize developers to focus more on the quality of the content rather than systems they can use to get players to pay more for that content. Unfortunately, with the constant teasing of coming updates instead of official announcements, the emphasis on more grinding, more time-locks, and things that are only around for "a limited-time," the direction of Disney Dreamlight Valley doesn't seem as magical to me.