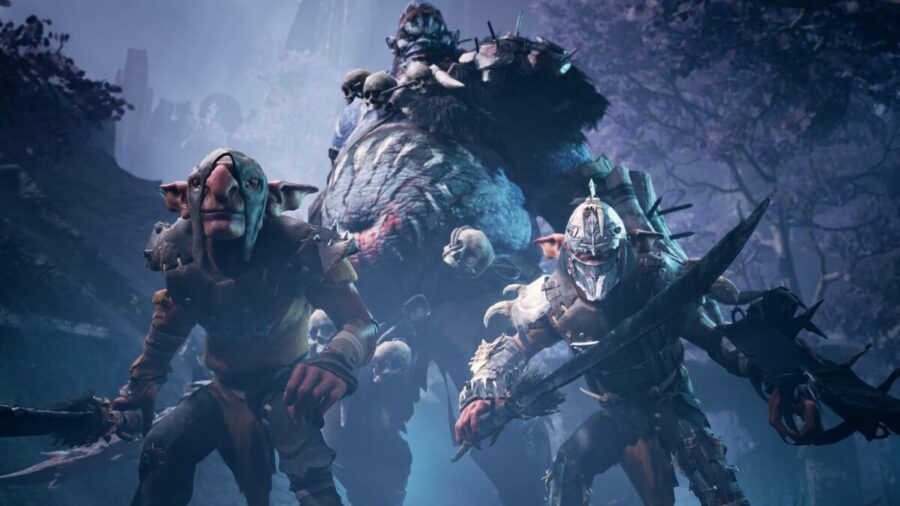 Here you will find everything you need to know about the upcoming new entry in the Dark Alliance series,  Dungeons & Dragons: Dark Alliance.

Dungeons and Dragons Dark Alliance will release on June 22 for PC, Xbox, Playstation, and on phones and tablets if you use Xbox Cloud gaming.

What is Dungeons and Dragons Dark Alliance?

Dark Alliance is a 3rd person ARPG reboot of the classic ARPG series Baldur's Gate Dark Alliance 1 and 2. The game will also star new characters ripped straight out of the Icewind Dale trilogy by Ra. Salvatore in a brand unique setting set in Icewind Dale.

Players will pick one of these four characters and transverse a series of maps, all while completing objectives, quests, and fighting all matter of classic D&D monsters.

Does Dungeons & Dragons: Dark Alliance have coop or Multiplayer?

At one point, the game was expected to both local and online coop at launch. But as of recently, the developers have stated that the game will not launch with local coop. However, It will still have online, so don't worry. If you want to know about the sudden change regarding the local coop, we went over it in-depth in the article below.

Will Dungeons & Dragons: Dark Alliance have crossplay at launch?

In short, the answer is no and yes. Some platforms will support crossplay, such as Xbox and PC, but for others like Playstation, it will remain cross-gen. Find out more about crossplay in Dark Alliance via our article linked below.

How much does Dungeons & Dragons: Dark Alliance cost?

Dark Alliance currently costs $39.99 for the standard edition and $59.99 for both the Digitial Deluxe and Steelbook Edition.

Will Dungeons & Dragons: Dark Alliance be on Gamepass at Launch?

Dungeons and Dragons: Dark Alliance on June 22 will be on the Xbox Game Pass at Launch, as confirmed by a news post on the official Xbox site.

Overall from what we gathered from trailers and footage, Dark Alliance will play most similarly to games such as Outriders. Players will take control of one of four characters listed below and control them through a series of map levels.

They will face all matter of monsters in these levels, level up their characters, use tons of skills/abilities, and find epic loot. Combat plays in a 3rd person action RPG format, and each character has a unique playstyle and uses unique weapons. Along with that, players can also combo attacks and fully utilize each character's abilities to dominate the battlefield. That being said, the following below are some of these trailers and what each one holds or showcases.

In this trailer the developers showcase some of the abilities the character Wulfgar and how he plays in the game.

From the video above we learn that each character will have a set unique skills and attacks. Along with this Wulfgar will be more or less a blend of the traditional tank/fighter class, and will also have the following attack moves, abilities, and more.

In this recent livestream, the developers go over some of the abilities each character has and as well how the combat works in the game.

In the stream we learn each character will serve a specific role and has a select group unique skills and attacks. Bruenor is more or less your traditional tank/fighter, while Catti-brie is a ranged-focused archer/ranger.

Wulfgar is a barbarian with AOE attacks and Drizzt is a rouge/fighter, and each will have special weapons they can use. We also learn more regarding their playstyles and get a glimpse of some of the monsters you will encounter in the game.