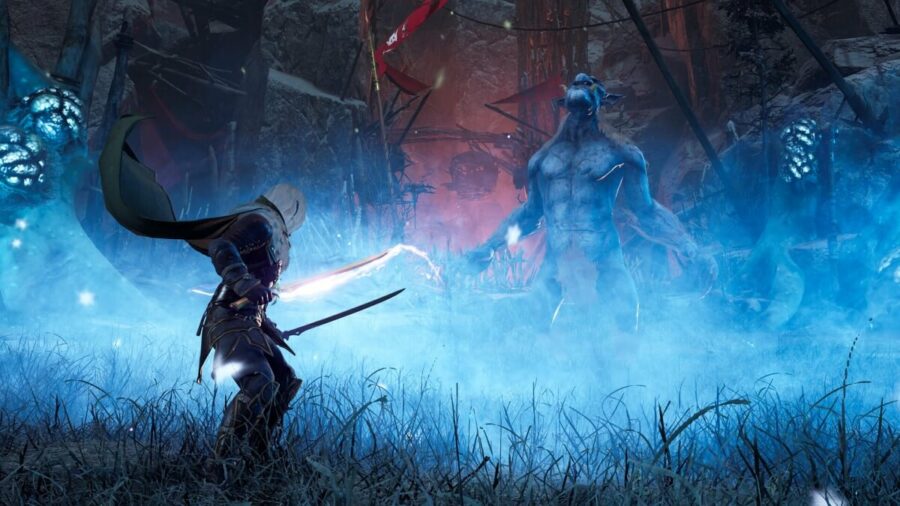 In the upcoming Dungeons and Dragons Dark Alliance, the player will be able to take control of four characters, Drizzt Do'Urden, Bruenor Battlehammer, Wulfgar, and Catti-brie. All of these characters are also based on the famed Icewind Dale Trilogy by RA. Salvatore and each of the four characters make up the classes you will play.

They will also serve a specific role and has a select group of 50 unique skills and attacks. Bruenor is more or less your traditional tank/fighter, while Catti-brie is a ranged-focused archer/ranger. Wulfgar is a barbarian, and Drizzt is a rouge/fighter, and each will have special weapons they can use.

Related: Is Dungeons and Dragons: Dark Alliance a remake?

Drizzt will main dual swords, Wulfgar will have his trusty Aegis-fang warhammer, Bruenor will use a hammer/axe and shield, and finally, Catti-brie will use a bow. Along with unique weapons, each character will have unique fighting styles that can all make a difference within fights. You can get a glimpse of this fighting style system most from an abilities overview for Wulfgar posted in April.

In the video, we see a showcase of the various abilities, skills, and attacks Wulfgar has in the game. Overall it seems Wulfgar is a heavy attack/AOE-focused character that specializes in taking down heavily armored opponents.

What this means for the other set of characters in the game is unknown, but luckily you can get another glimpse of how each character will play in the gameplay trailer from IGN below.

During the gameplay trailer, we get a brief view of how every character plays like in Dark Alliance. Starting with Bruenor, it would seem he is a heavy frontline tank-focused character with strong melee attacks.

Catti-brie is a quick foot ranger with powerful range abilities that can snipe enemies from afar. Finally, Drizzt is a fast melee combatant that can sneak up on enemies and deal massive critical damage.

However, much is still unclear about the other three character's abilities, so hopefully, the developers release more or overview videos. If that should happen in the near future, we will be sure to update this guide with the new videos and go over them.