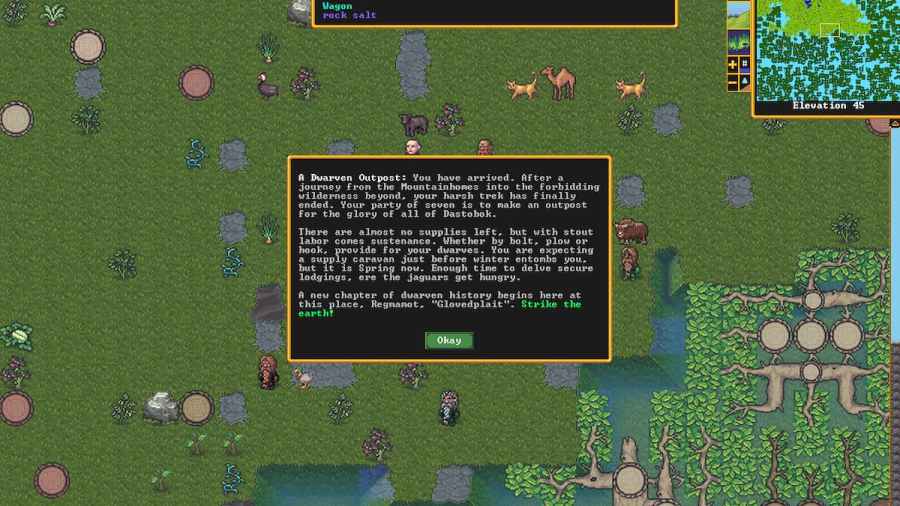 With Dwarf Fortress coming to Steam and itch.io, the game will see new and returning players try their hand at running their fortress. With this new port, a host of new features and slight changes from the original game have been added. This may be significant enough to get you to play a tutorial.

Should you play the Dwarf Fortress tutorial if you’re a new player?

It is highly recommended that new players do the Dwarf Fortress tutorial. The game is incredibly intricate and complex at times, and having any edge you can is ideal. Unlike most games, it is very easy to fail and die in the tutorial, as random events happen to dwarves. Additionally, as the game uses random generation, there’s always a chance that your tutorial level isn’t beginner-friendly!

In general, though, because of the large number of concepts and ideas in Dwarf Fortress, it’s best to run through the tutorial at least once to pick up the basics, such as digging, orders, making workshops, and other elements. What’s more, Dwarf Fortress is a game where you never stop learning, and even years after playing, you can discover new things. So don’t feel dismayed if you still have many questions after the tutorial is over!

Do I need the tutorial if I played the original Dwarf Fortress?

Even if you’ve played Dwarf Fortress for many years, then trying the new tutorial is still definitely recommended. This is because many of the established hotkeys and systems you’ve known for years have been changed or streamlined. Elements like the removal of Architecture as a skill, no hotkeys within workshops, and changes to hotkeys overall from digging to quick building and menus, make this feel like a familiar but different game.

It’s best to at least try and rush through the basic tutorial (even if you disagree with the example embark location and instructions). This means you’ll be able to familiarize yourself with some of the new UI elements and overall get used to the new graphical enhancements without having to fumble around for hotkeys and game elements that just don’t exist anymore.

For more Dwarf Fortress, guides, info, and news, check out Dwarf Fortress Review: A stubborn, challenging game that will keep you hooked on Pro Game Guides.

Should you skip the tutorial in Dwarf Fortress on Steam?