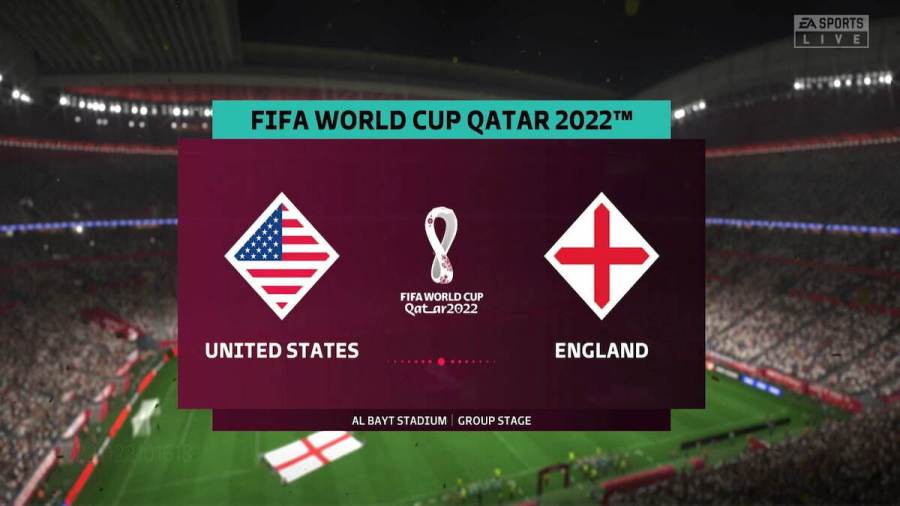 World Cup is the most significant sporting event besides the Olympics, where fans worldwide cheer for their national teams. Every game counts here, and one of the most anticipated matches is the England vs. USA match. Did the Three Lions record another victory, or will Team USA upset them? FIFA 23 has the answer!

To predict the winner of the England vs. USA World Cup game, we used FIFA 23. The game was set for 5 minutes, with rosters that had played the previous games. We've selected the Live form button for the latest stats of the players. This way, everything was set for the most realistic England vs. USA match prediction. According to FIFA 23 prediction, England defeated USA 2:1 in a World Cup match on November 25 in Qatar. However, England and USA game ended in a draw (0:0) in real life. That wasn't very interesting, but here's how the game should have looked.

Related: Why was Brazil not in FIFA 23?

A thrilling game is at hand, with the USA opening the score line with a truly stunning goal by the Premier League player and USA legend Christian Pulisic in the 15th minute to open the scoreline (1:0). The English replied instantly with a massive goal from their captain Harry Kane to equalize (1:1). The match plays out as predicted as a cagey affair by the two squads until the start of the second half, where Bukayo Saka places the ball in the net with a left-foot finish (1:2). The USA squad has several attempts at target. Still, it's just not enough to match their rival's defense.

Click on the video below to watch the England vs. USA World Cup game FIFA 23 simulation.

For more information on FIFA 23, check out Best Young LW in FIFA 23 on Pro Game Guides.

Here’s who won the England vs. USA World Cup match, Based on FIFA 23 predictions