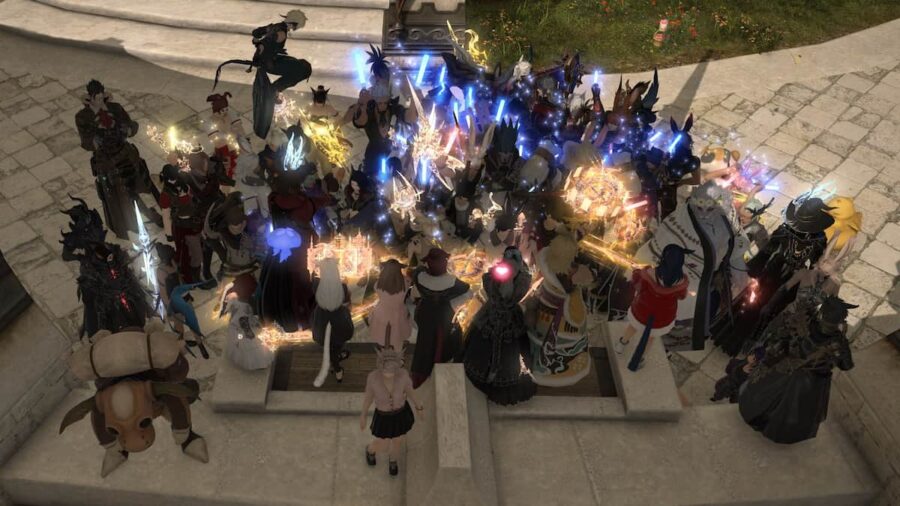 In an upset victory that saw them surpass rivals Thoughts Per Second (TPS), Entropy, and others, the raid group cleared FFXIV’s most brutal raid, defeating some of the most insidious mechanics ever included in an MMO.

Besides rock-solid mechanics, eight phases, and precision positioning, there was another status effect in play in this Ultimate Raid—emotional damage. The Dragonsong War Ultimate makes you replay through some of the most heart-wrenching parts of the Heavensward expansion.

Most painfully, the raid forces you to relive the death of a beloved comrade and even turns it into a mechanic. You have the chance to save the comrade, and if you don’t, the raid punishes you by trapping you in a time loop—save your friend, or never complete the raid…

Related: How to get the Megalotragus mount in Final Fantasy XIV

The victory has put Neverland Raid Group on the map as some of the best Final Fantasy XIV players out there. But for mortals like the rest of us, we’ll have to wait to see exactly what the insane mechanics in this raid look like. Unfortunately, Neverland has yet to release their kill video (to prevent spoilers for other teams), and most of the groups on later stages of the fight aren’t streaming.