These are the unofficial Fortnite 12.10 Patch Notes! Epic hasn't been compiling detailed notes for every patch like they used to, so we're putting together a list of everything that changed in the new update. We have bug fix information, and will be posting whatever else has been added to the game. We will add the official patch notes if they are posted.

We're getting a new batch of challenges on March 5th, 2020 for TNTina. You can find all of them right here: TNTina's Trial Challenges Guide.

Loot Llama is Back

Proximity Mines Have Been Added

The Proximity Mine can now be found in the game! We'll have more information on how they work shortly. 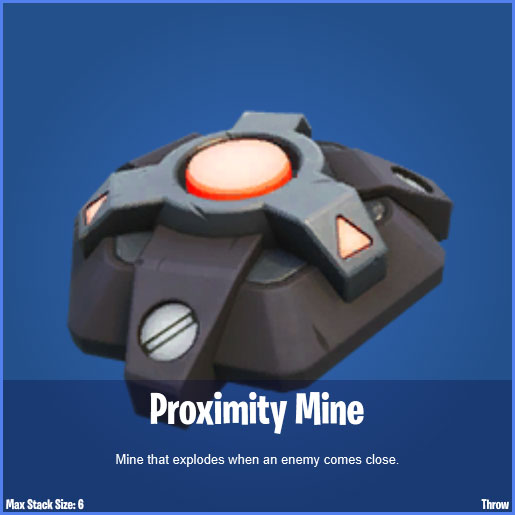 Zorgoton Got a New Style

The Zorgoton skin got a brand new Dark style!

You can check out our post for all of these on our Deadpool Challenges Guide!

Here are the expected bug fixes for the 12.10 patch. These were taken from the Trello that display all of the stuff that Epic is working on in terms of bugs.

Thousands Of Props
Prefabs and the individual props they are made out of are now much easier to access! Double-click a prefab or gallery to explore thousands of props. These props can be individually selected, spawn into the world and even bound to your quickbar.

Eggsellent Eggs
Colorful and quirky, these new eggs can be used as props or collectibles!

Now creators no longer have to throw down an entire gallery for one asset, since we have now added the ability to view individual items from Prefabs and Galleries and add them to the QuickBar!