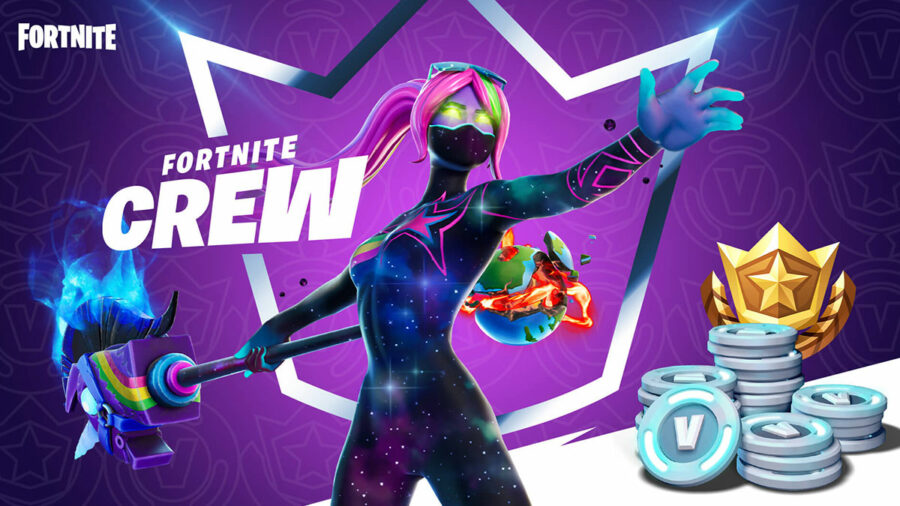 Epic has just released information on a monthly subscription feature that will be starting in December 2020 for Fortnite! This was recently leaked in a survey sent out to Fortnite players, about whether or not they'd be interested in paying for such a feature. Well, it looks like Epic didn't need to deliberate too long, because you will be able to become a member of the Fortnite Crew very soon.

This is a wonderful feature if you are someone who is already paying for the Battle Pass each season, because you will not only get the Battle Pass, but you also get 1,000 V-Bucks and an outfit with at least one matching accessory (glider, pickaxe, or emote). That's quite a bit of value at a cost of $11.99 USD each month.

Here's a list of what you'll be getting if you join up in December 2020:

Here's a look at the launch video that announced the new feature:

December 2020 Crew Pack: Get Galaxia and Style + the Cosmic Llamacorn Pickaxe and Fractured World Back Bling.