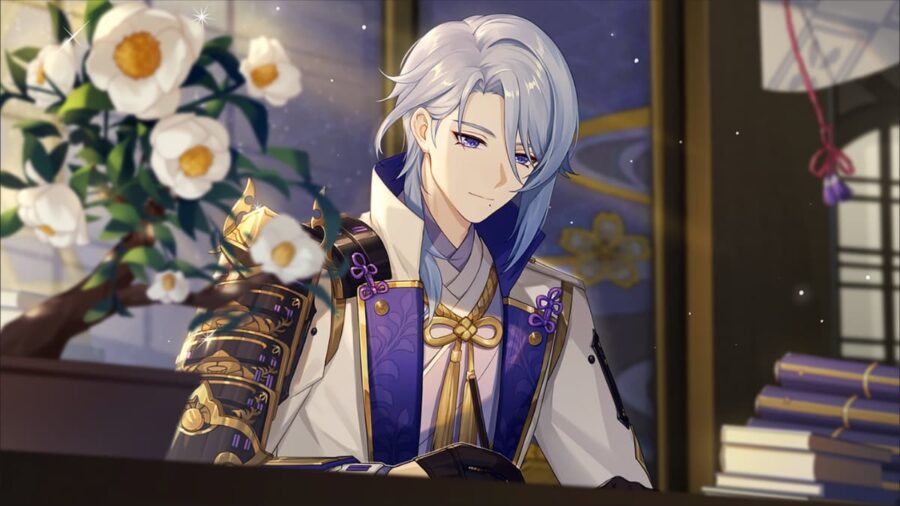 All male Genshin Impact characters, ranked from worst to best

While Chongyun has an engaging creative direction as a child exorcist, he is often forgotten in favor of other Cryo characters. His abilities do synergyize well with Xingqiu, but in other teams, he is outshined by characters like Ganyu and Ayaka. At the end of the day, Chongyun is the type of character who simply fills a spot in your Character Archive.

Bennett is a character that many players love to hate. His clumsiness and juvenile voice have become the object of several jokes, confirming his fate as an "adventurer from Mondstadt who's extremely unlucky." He has a kind heart, which has prompted some players to defend the adventurous child, but the community largely uses him as a target for their unbridled hate. Sorry Bennett.

The idea of a child who was quite literally raised by wolves is interesting, although Romulus and Remus did it first. When that child speaks purely in baby talk, however, it becomes less charming and more exasperating. Razor is a sweet kid, and his inclusion of the Traveler in his 'lupical,' or wolf family, is heartwarming. Even so, we can only handle so many incomplete sentences and slurred words.

Diluc is not a bad character. He is beautifully designed, and his backstory with his brother Kaeya makes us want to learn more about his past. He runs a winery, and dresses in sophisticated clothes. However, he is surprisingly mean. In story cutscenes, he speaks in a generally rude manner that raises several red flags. We're startled that the Traveler still wants to assist him, when he receives harsh comments in return for his help.

Thoma (left) is a kind-hearted man from Inazuma, who helps the Traveler in his endeavors. He even sneaks the Traveler into Ritou, allowing access to the rest of Inazuma. Thoma is a highly skilled housekeeper for the Kamisato Clan, and an overall handy fellow. Although Thoma does not secure a high position in Genshin Impact's meta, he is a sweet character who secures a spot in our hearts.

Xingqiu is a fun character to play and makes for an excellent Hydro support. He loves reading novels and administering justice to the guilty. However, he is cursed with being incredibly squishy, easily falling from strong blows. On the field, he is a glass cannon, and you must be constantly aware of his health to avoid casualties.

Ayato is a lovable and relatable man. When his duties in Inazuma get too overwhelming, he pulls an entire cup of boba from his sleeve and starts sipping away. He believes strongly in his values and is willing to fight for a better future. Ayato is also quite fun to play and occupies a significant role in the Hydro meta.

Venti exudes a certain playfulness that captures the hearts of players everywhere. However, his popularity has waned throughout the months, and while he is still beloved, he is not the most effective Anemo user anymore. His abilities are helpful for exploration, and his lighthearted dialogue creates a positive atmosphere, but he's simply not the best choice in most team compositions.

Gorou is a thoughtful character who fights for change in an eternity-obsessed world. He is willing to risk everything for the good of his people, and never resigns himself to the backlines. As a general of Watatsumi Island, he cares for his soldiers, and it doesn't go unnoticed. Gorou is both an excellent general and a trustworthy friend, standing on the front lines of our hearts.

Xiao takes dark and brooding to the next level, and we love him for it. He is the perfect edgy character, with a troubled backstory and an aversion to conversation. We know how cliche Xiao is, with his "Conqueror of Demons" title and dyed hair, but we simply cannot get enough of it. He is also enjoyable to play, with abilities that encourage airborne attacks and a unique life drain feature.

Albedo is Chief Alchemist of the Knights of Favonius and also works full-time at the Excessively Cool Anime Boy Foundation. His design is majestic and dignified, illustrating his revered role as the genius Kreideprinz. He sits proudly at the top of tier lists everywhere, and for valid reasons.

Kaeya is the character that we were shocked to obtain for free. He is stylish, suave, and definitely has a +4 modifier on his charisma stat. He is an enjoyable character to play, as his Cold-Blooded Strike passive grants him self-healing for sustainability. Since the fateful day when we received Kaeya for free, for some, he has never left our teams.

Heizou may have initially seemed like just another Anemo four-star, but his personality captured our hearts. He is a thoughtful detective who is easily swayed by emotion, and despite his eccentricity, he never sacrifices his friendships for an auteur approach. With a kind heart and lofty ambitions, Heizou secures a spot near the top of our list.

Tighnari is a hard-working researcher from Sumeru, who also works as a Forest Watcher. Despite his gentle appearance, he is not afraid to be playfully sassy with his friends. He possesses ears that are themed after the Fennec Fox and are soul-crushingly adorable. Tighnari is also a reliable source of DPS and holds a spot high in the current meta. We can't help but love Tighnari, even if he did call us a "lummox."

Kazuha is a kind soul with a wanderer's heart. He is a samurai adventurer who enjoys writing poetry during times of respite. Although he is from Inazuma, his gentle presence contradicts the unforgiving land. Kazuha is a sweet person, and any conversation with him feels refreshing and weightless. His attack visual effects are also breathtaking, with soaring leaves and an element-responsive coloring.

If we are meant to despise bad guys, then why are they always attractive? Tartaglia is a powerful Hydro user who is also a part of the Fatui Harbingers. Despite his morally gray involvement with the Fatui, he has a loving heart, and would sacrifice anything to ensure that his little brother Teucer keeps his childlike sense of wonder. Tartaglia maintains a relentless pursuit toward self-improvement, wielding a bow because it is, ironically, his least effective weapon. We can't help but admire Tartaglia, even if he is somewhat of a villain in Teyvat.

There is not much that needs to be said about Zhongli. His visual design tells his entire story as a Liyue god who seeks to fit in with humanity. His coat bears the distinctive Liyue design, with copper accents and sophisticated layering. His voice actor is also quite talented, imbuing Zhongli with a smooth, deep voice that suits his ancient identity. Zhongli's ultimate also causes a meteor to fall from the sky and crush his enemies. We need not say more.

Itto knows exactly who he is. He's the theatrical leader of the Arataki Gang, and he won't let anyone forget it. His design is bold, and fittingly so. Itto's ultimate attack displays a freeze frame of him posing dramatically, which instantly informs players of his identity as an over-the-top performer. His voice lines are hilarious and delivered perfectly by his VA. Itto is an absurdly fun character to play, because launching a dancing cow at enemies never gets old.