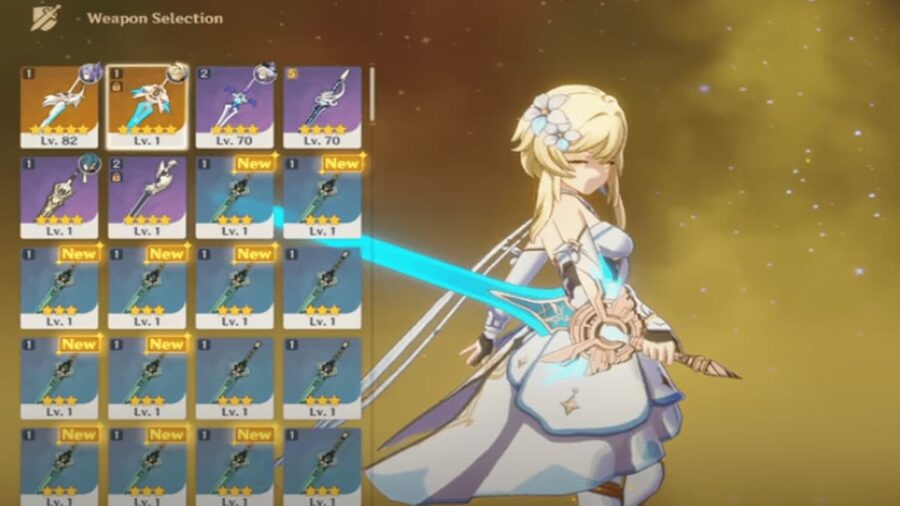 The types of weapons in Genshin Impact consist of five different classes and each character is specific to wield only one class of weapons. These classes include Swords, Claymores, Polearms, Catalysts, and Bows.

Including their Base Attack Level and beginning stats, the list below consists of the top three, five-star weapons of each class, in Genshin Impact.

Swords are ranked somewhere in the middle of Genshin Impact's melee weapons. The damage they deal and the speed of their attacks are in between the Claymore's slow attacks and the Polearms quicker attacks.

Claymores provide slower hits, compared to the other melee weapons, but deal massive damage per swing. These heavy weapons also have a damage bonus for breaking Geo objects.

Polearms provide the quickest attacks, compared to all Genshin Impact weapons, and also allot its characters with further reach.

The magical nature of Catalysts consider all Normal and Charged Attacks as elemental damage. The wielder's natural element, or vision will determine the element of the damage.

Long-ranged attacks go to the Bows in Genshin Impact. With impeccable aim and a proper Charged Attack, they are capable of damaging monsters from a great distance.