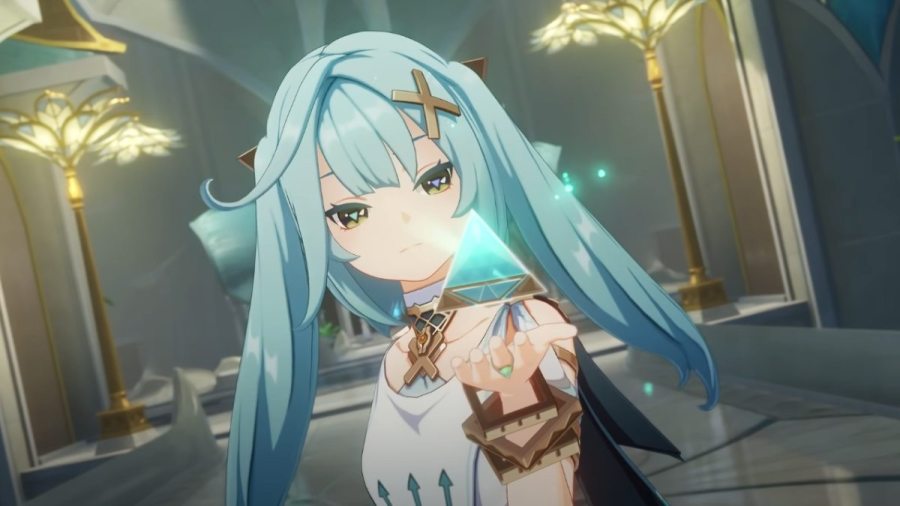 Madam Faruzan is a four-star Anemo bow user and a Haravatat Darshan who disappeared a hundred years ago after being exposed to remnants of the Scarlet King's power. After escaping the trap using her scholarly abilities, she has resurfaced in the Akademiya and believes herself to be everyone's senior. Faruzan is adept in ancient scripts and mechanisms, and her work from a distant past has paved way for modern mechanics. If you're interested in building Faruzan for your team, start by farming the following for her.

You need to prepare the following to level up Faruzan to either 80 or 90. This doesn't include Ascension and Talent costs.

You need to prepare 420,000 Mora and the following materials to fully Ascend Faruzan. The Mora value doesn't include level-up and Talent costs.

Faruzan's local specialty is called the Henna Berry (formerly known as Redcrest), which can be farmed from cacti in the Sumeru desert. Her boss material is the Light Guiding Tetrahedron, farmed from the Algorithm of Semi-Intransient Matrix of Overseer Network in the Dune of Elusion.

These are dropped by all Anemo Normal and World Bosses, such as the Anemo Hypostasis and Maguu Kenki. Additionally, you can convert materials using the Crafting Table to turn your existing Gemstones into Anemo ones.

You must prepare 1,652,500 Mora and the following materials to level up all three of Faruzan's Talents to level 10. The Mora value doesn't include character level-up and Ascension costs.

These can be farmed from the Steeple of Ignorance Domain in Chatrakam Cave on Mondays, Thursdays, and Sundays.

Crowns of Insight are limited rewards that can be obtained from big events. Faruzan's World Boss material is called the Puppet Strings. It can be farmed from the Shou no Kami in the Joururi Workshop Domain, located in Chinhat Ravine.